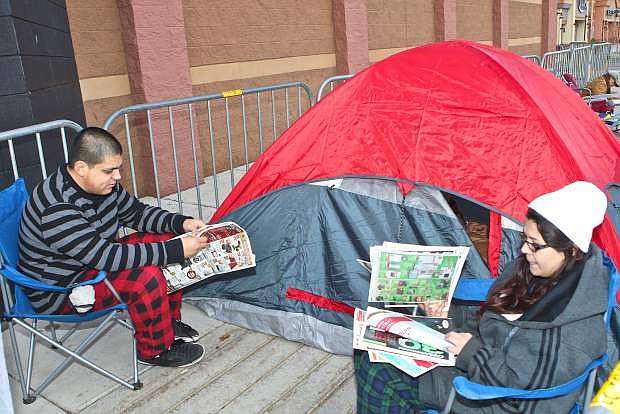 Isay Lamas, left, and his girlfriend Karla Mariscal, right, of Carson City camped out in front of Best Buy overnight with hopes of purchasing a bargain 50-inch Panasonic TV on Thursday.