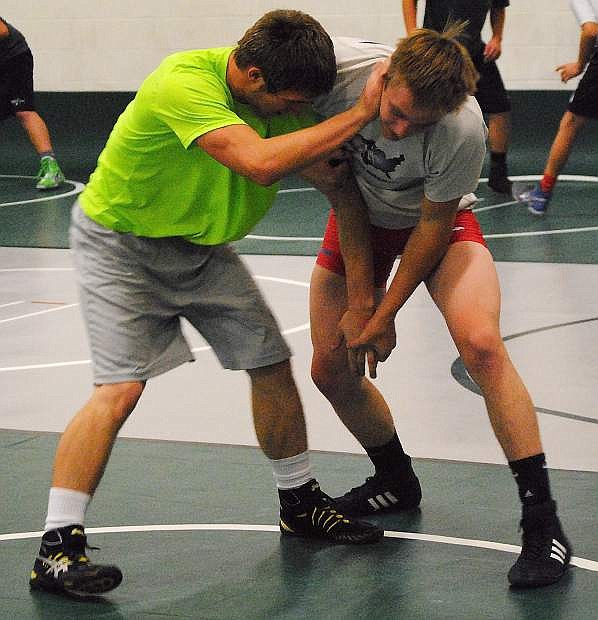 Two of Fallon&#039;s wrestling state champs from last year, Trae Workman, left, and Sam Goings, work on their technique during practice on Monday.