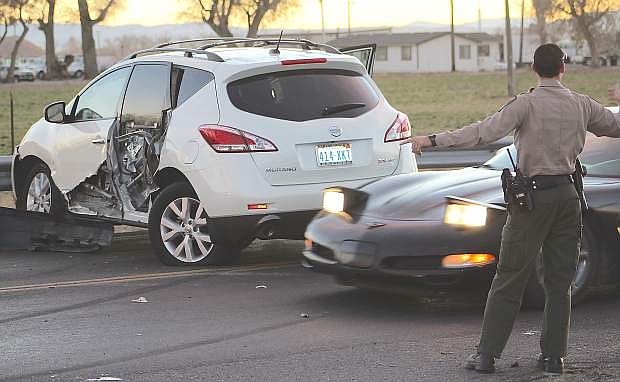 An auto accident at Sheckler and Allen roads resulted in property damage but not injuries to either driver. A Churchill County Sheriff&#039;s deputy directs traffic around one of the vehicles involved in the collision.