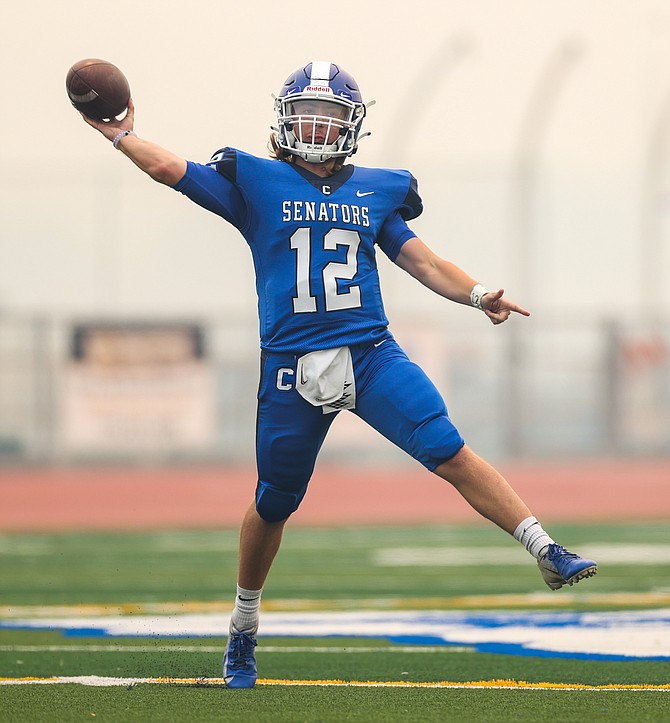 Carson High Quarterback Vinny Ferretti (12) throws a touchdown pass during the game between the Sparks High Railroaders and the Carson High Senators last Friday night. The Senators will be hoping the smoke clears Friday night with Fernley freshly pencilled in on the schedule.
Jeff Mulvihill, Jr. | InstaImage


Wooster was originally on the docket for Friday, now Fernley fills the spot.