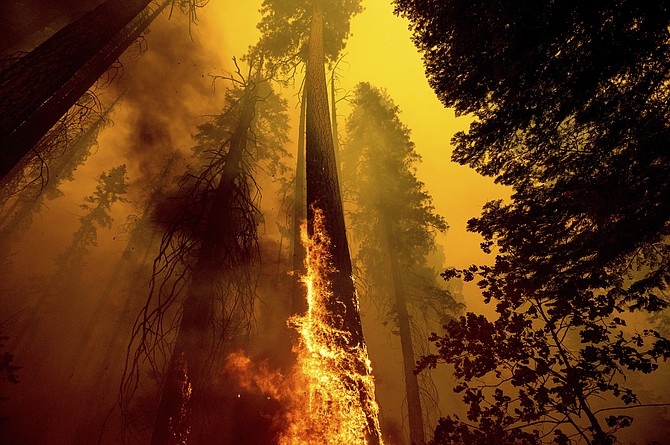 Flames burn a tree as part of the Windy Fire in the Trail of 100 Giants grove in Sequoia National Forest, Calif., on Sept. 19, 2021. (AP Photo/Noah Berger)