Lessons learned from the Caldor Fire at Tahoe 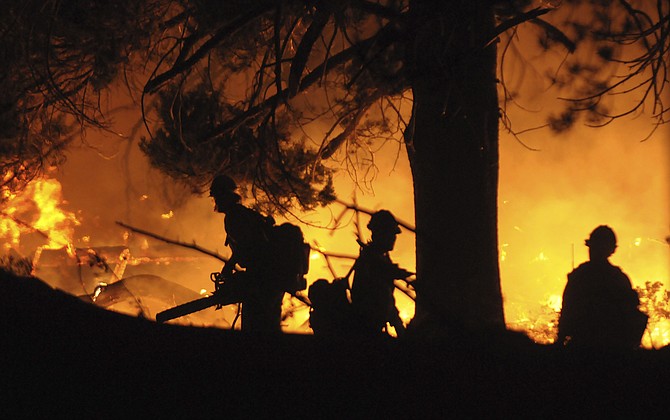 A trio of Tahoe National Forest firefighters use chainsaws to cut a fire line around surrounding homes in the Christmas Valley area to protect them from the Caldor Fire on Monday, Aug. 30, 2021, near South Lake Tahoe, Calif. (Photo: Elias Funez/The Union via AP)