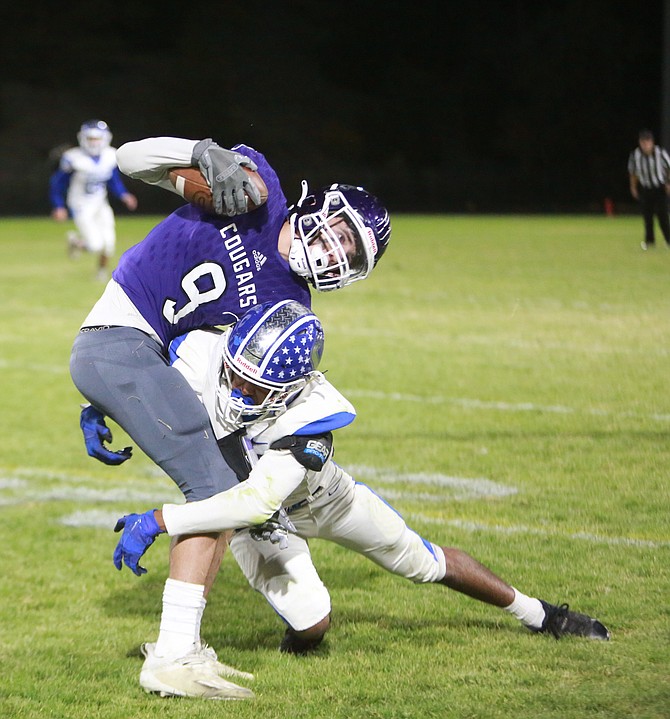 Carson High defensive back Javier Arrellano makes a tackle on the edge Friday night against Spanish Springs. Arrellano was credited with two forced fumbles in the loss.
Photo by Carter Eckl.