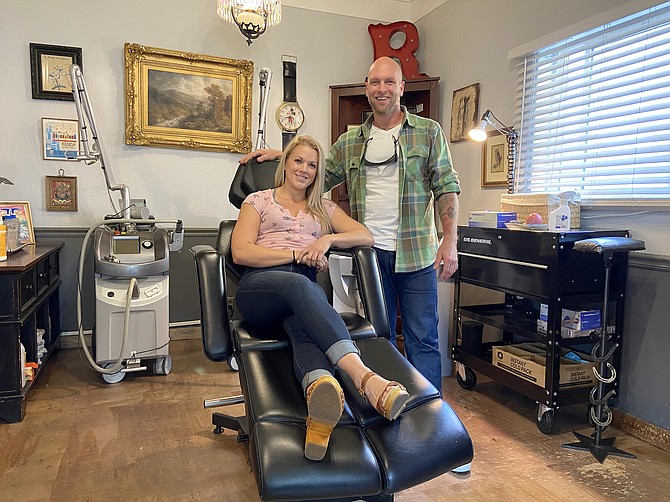 Reno Tattoo Removal owners Ron and Melanie Gregory inside their shop in Midtown Reno. The husband and wife duo say they have been busier than ever throughout the pandemic.
Photo by Kaleb Roedel. 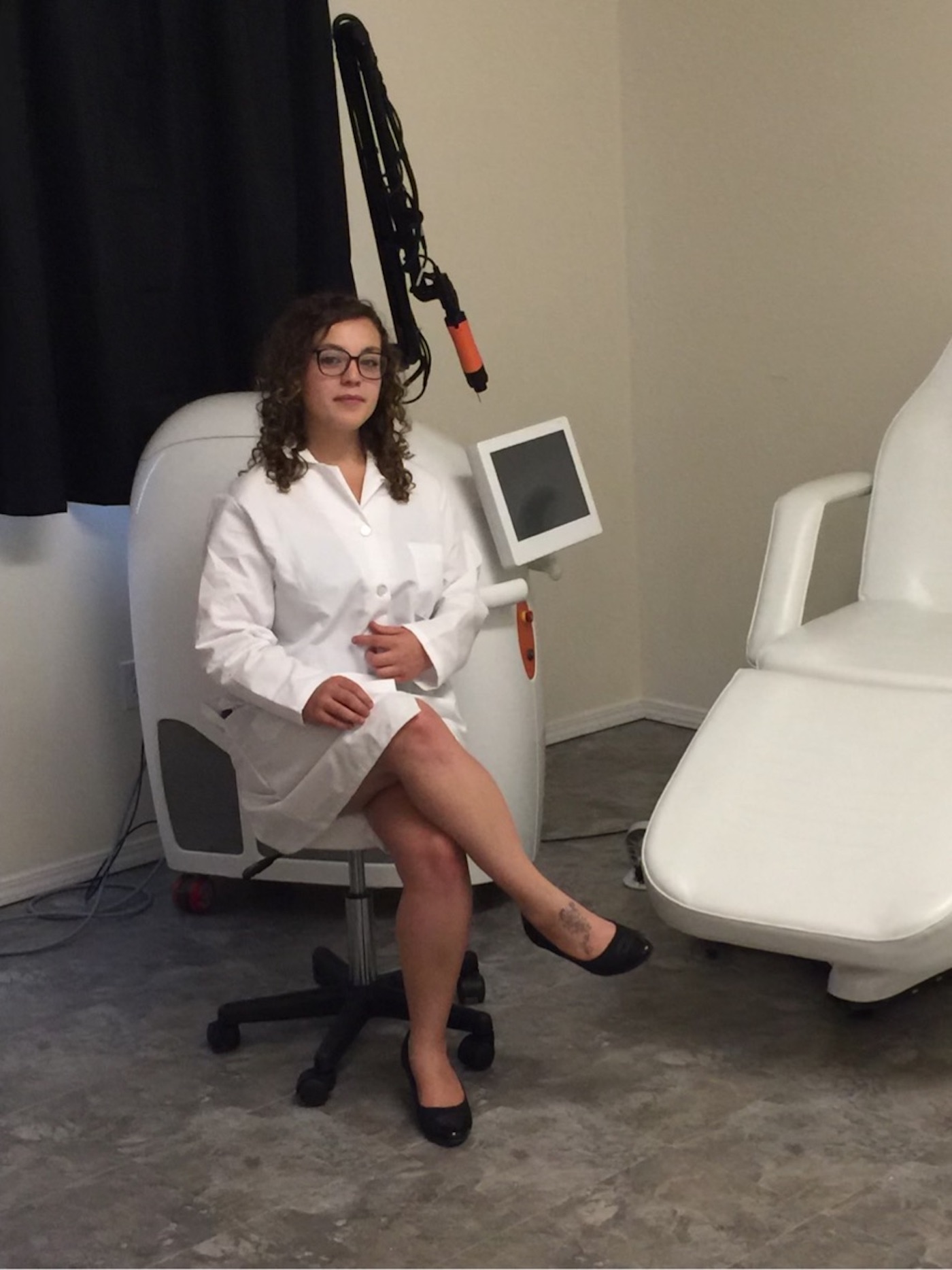