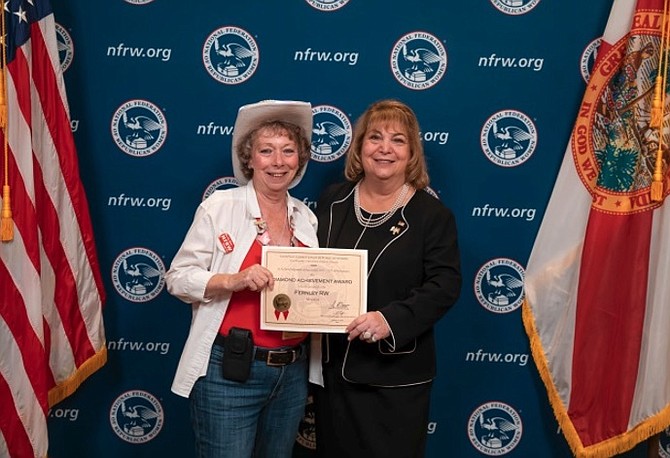 “I am so proud of the members of the Fernley Republican Women for winning another Diamond Award. There are 17 clubs in Nevada, and all 17 won an Achievement Award – 15 Diamonds, one Silver and one bronze,” said Anita Trone, FRW president. “That success led to the Nevada Federation of Republican Women winning a Betty Heitman award for State Excellence, which was accepted by our state president, Janet Freixas.”

Founded in 1938, the National Federation of Republican Women is the largest grassroots Republican women’s organization in the country. Building leaders, energizing communities and keeping America strong, NFRW empowers women from all backgrounds in the political process and provides a forum for women to serve as leaders in the political, government and civic arenas.