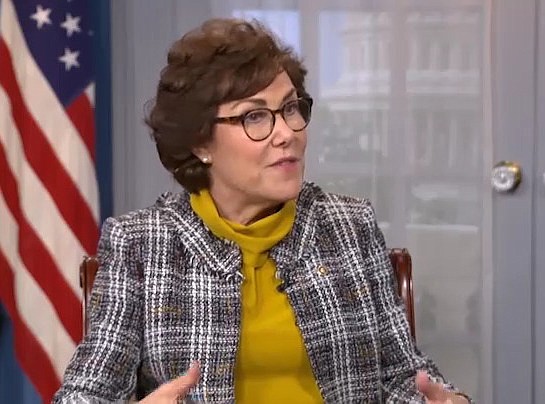 U.S. Sen. Jacky Rosen during her appearance on Nevada Newsmakers, which aired Oct. 5, 2021.