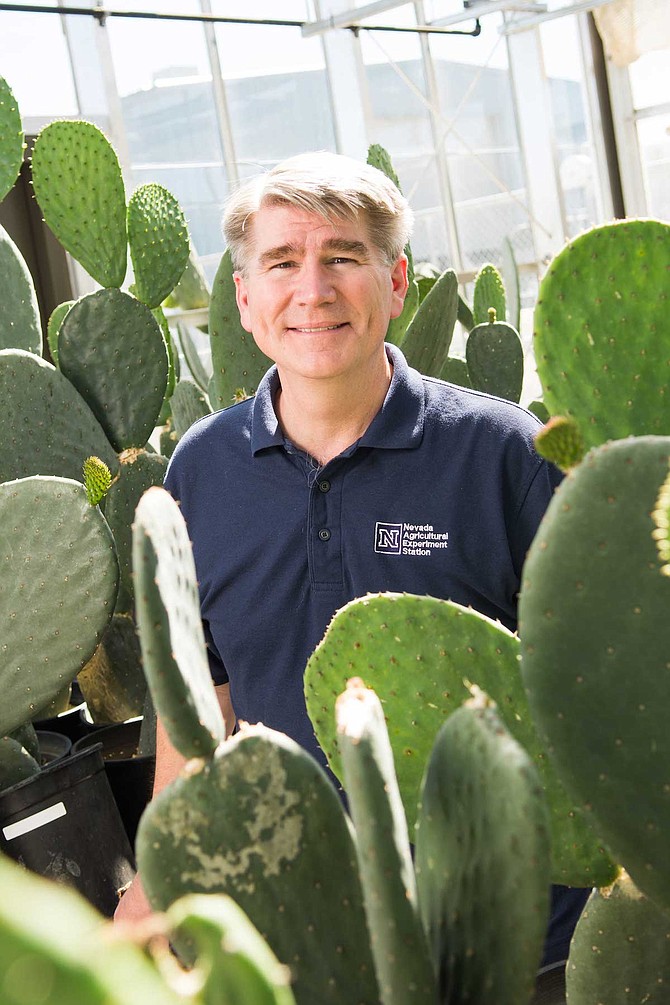 Professor John Cushman is researching ways to improve drought tolerance and water-use efficiency in crops by using traits from certain plants such as cactus.