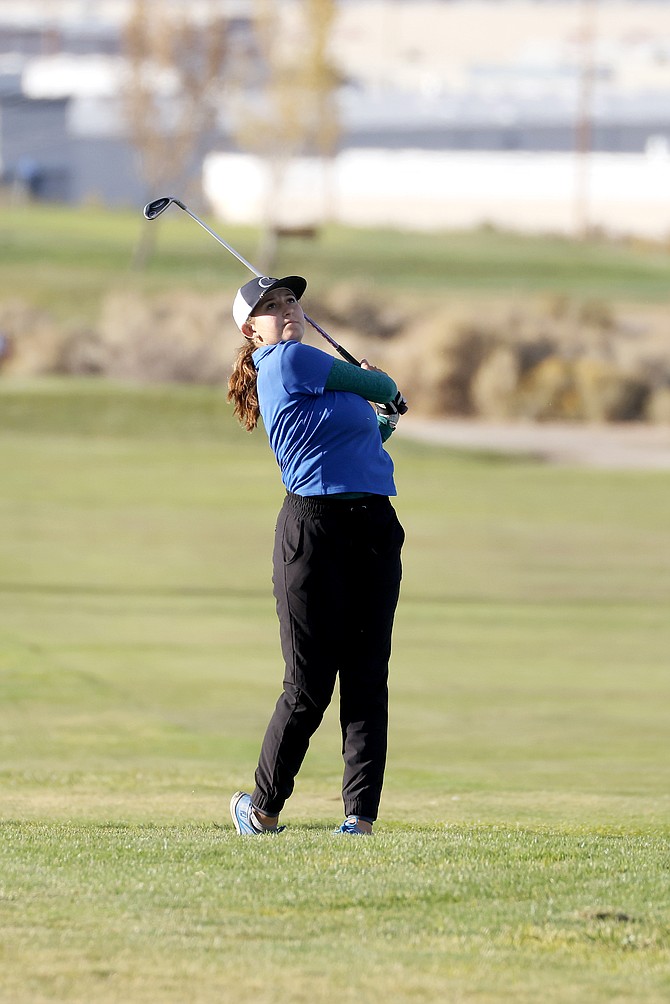 Carson High senior golfer Sarah Wiggins hits her approach shot on the 18th hole of the Sierra Sage Golf Course during the Class 5A regional tournament Wednesday. Wiggins was fourth as an individual after shooting a 78-83–161.
Melissa Knight / Faith Photography NV


It's the second time in five years the Senator golf team qualified for state.