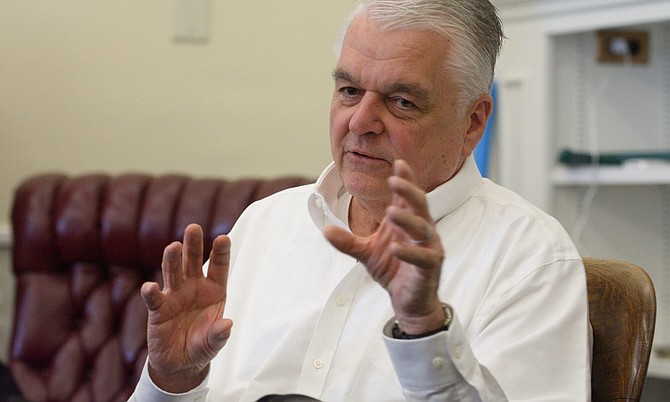 Gov. Steve Sisolak speaks at a roundtable discussion with reporters about the 2021 session in Carson City on June 1, 2021.
Photo: David Calvert / The Nevada Independent