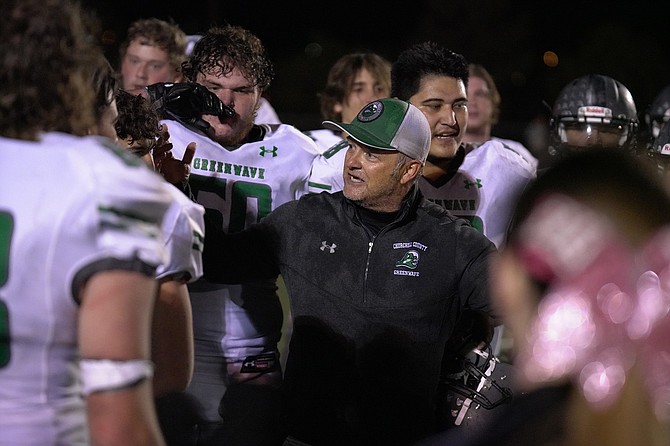 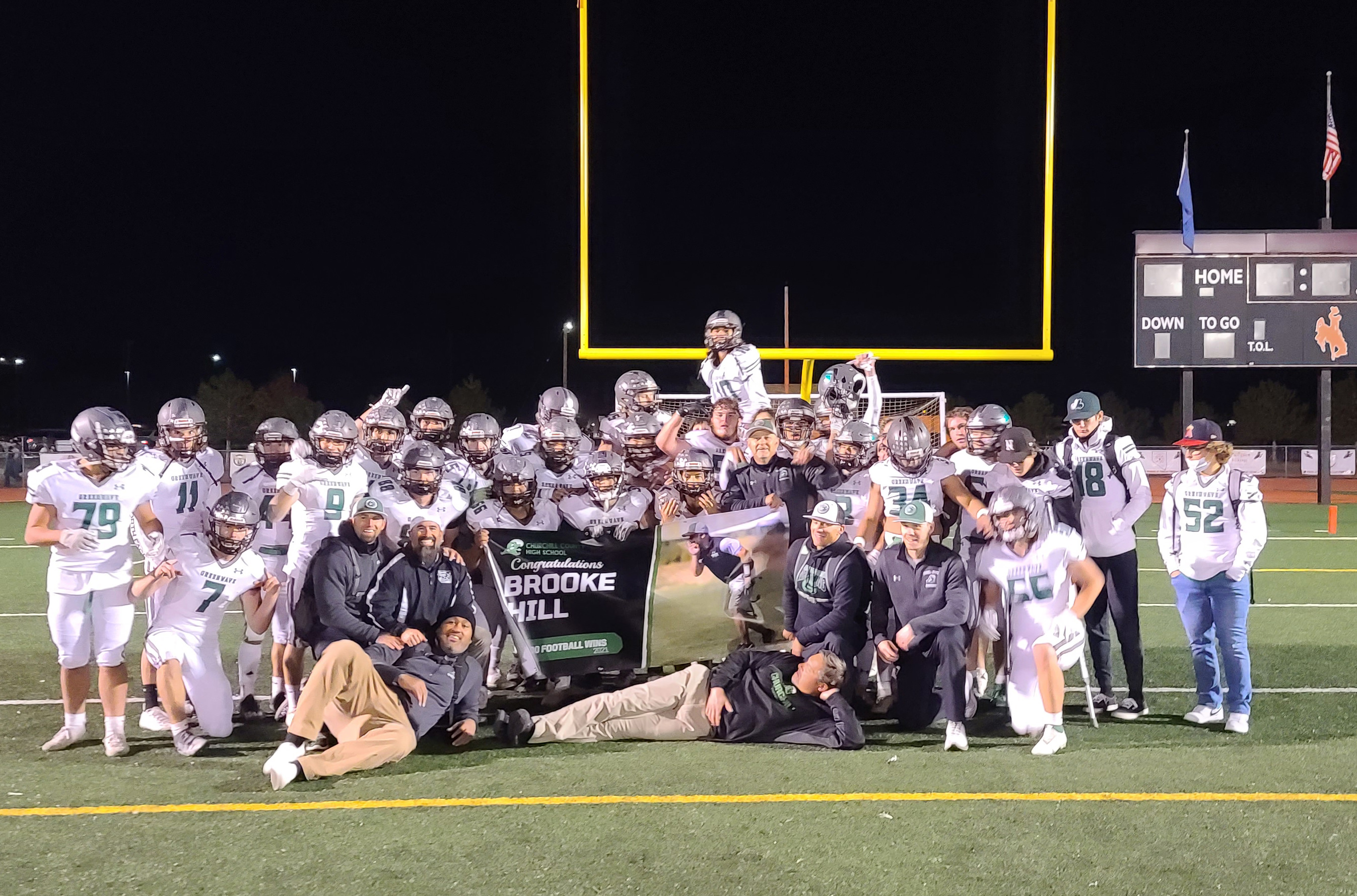 Thomas Ranson/LVN
The Greenwave football players and coaches pose for a team photo after Friday’s win, which was Brooke Hill’s 100th as the head coach. 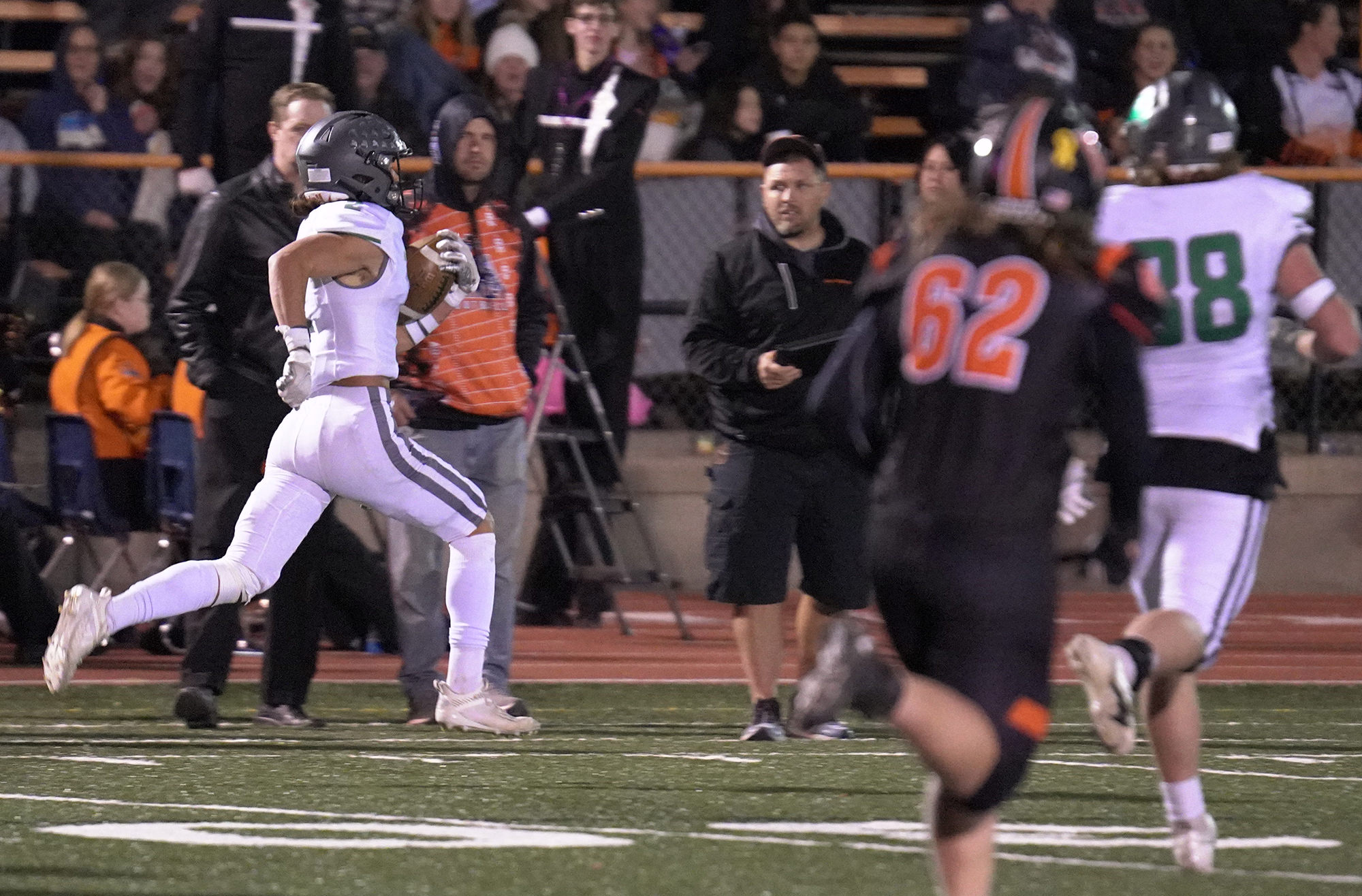