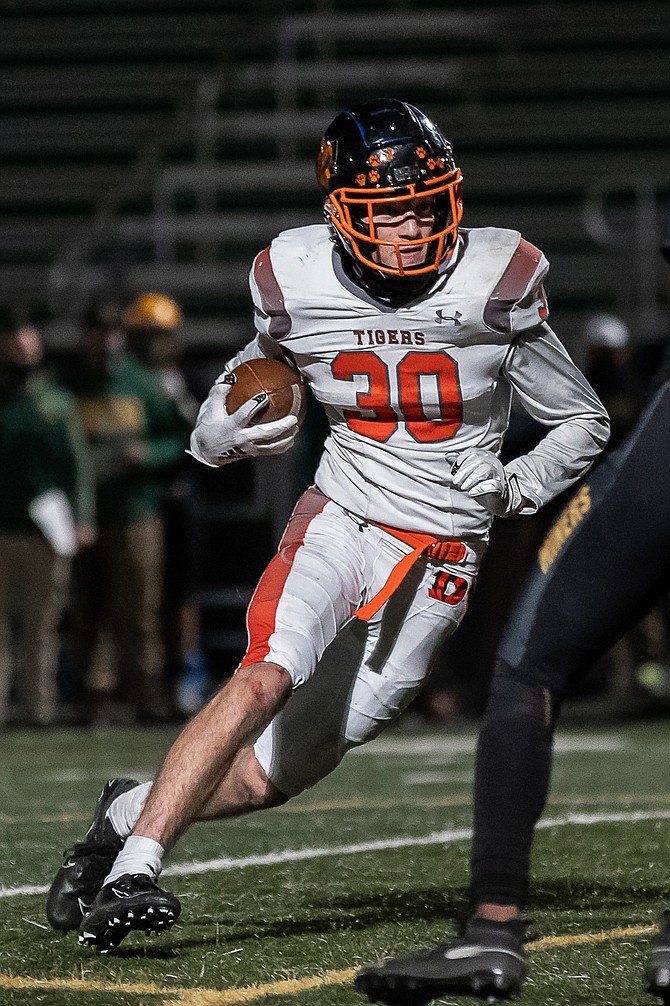 Douglas High’s Chris Smalley turns the corner during the 2021 spring season. The Tiger football team is hoping it will get a chance to play its home opener Friday against McQueen.
Photo by Ron Harpin.