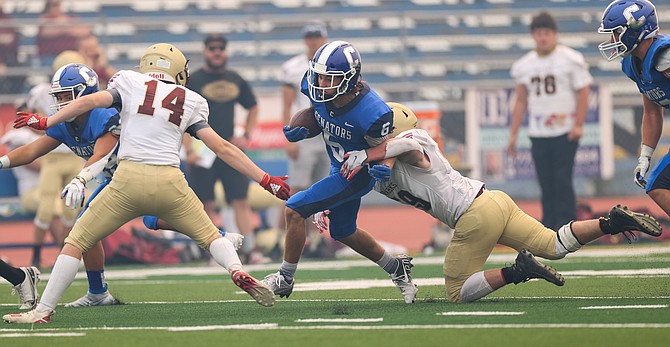 Carson High Running Back Parker Story (6) runs the ball during the game between the Sparks High Railroaders and the Carson High Senators at Carson High School. The Senators will hope to get a full, four quarters worth of gameplay under their belt this Friday at Reno.
Jeff Mulvihill, Jr. | InstaImage