Dayton boys’ soccer adjusting to a new-looking Class 3A 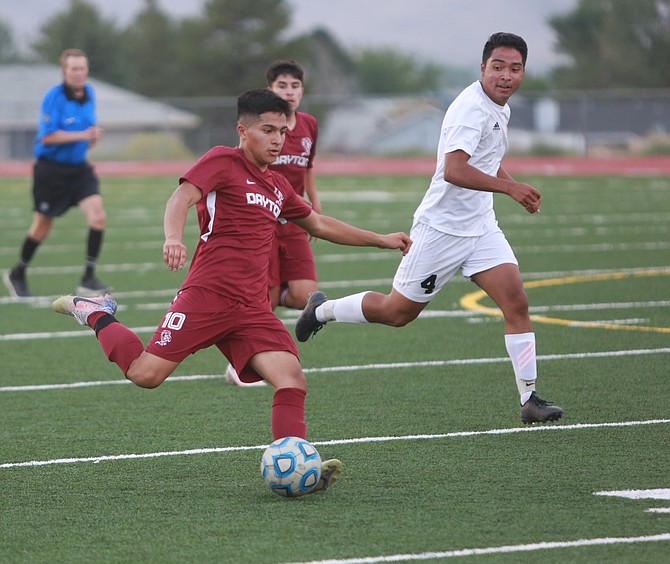 Dayton High senior Juan Aguinaga winds up to shoot against Douglas High School Thursday night. Aguinaga scored once in the Dust Devils’ loss to the Tigers.
Photo by Carter Eckl.