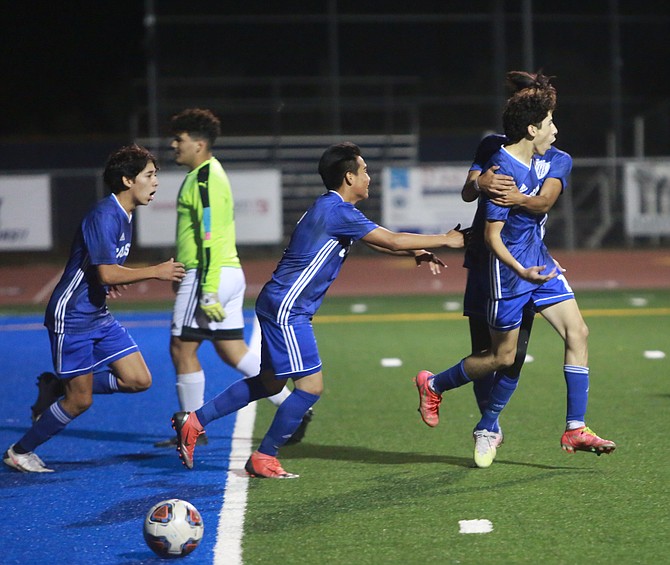 Carson High's Emiliano Bravo (17) gets surrounded by teammates after scoring the game-tying goal in extra time against Wooster.
Photo by Carter Eckl.