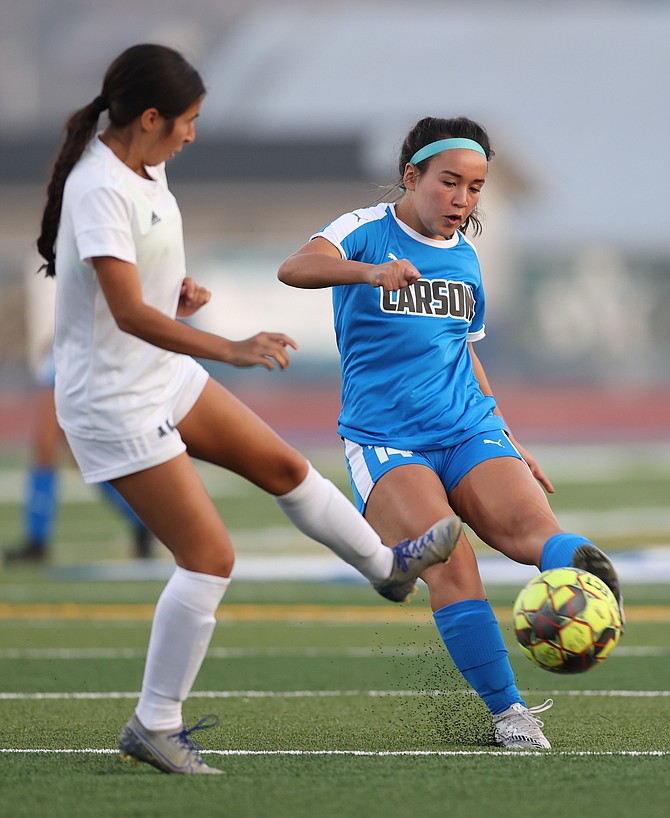 Carson High’s Alyssa Tomita shoots the ball during the game between the Reed Raiders and the Carson High Senators.
Jeff Mulvihill, Jr. | InstaImage