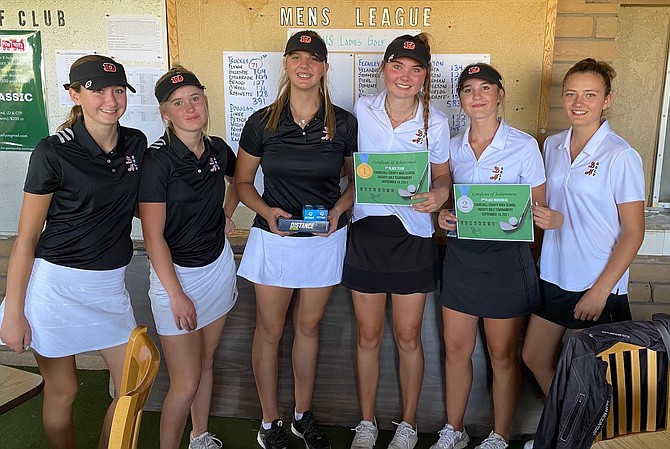 The Douglas High School girls' golf team poses for a photo after winning its third straight event this season.