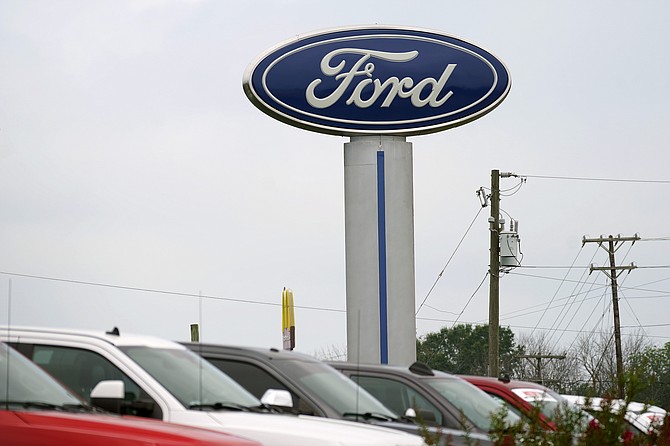 A Ford logo is seen on signage at Country Ford in Graham, N.C., on July 27, 2021. Ford Motor Co. is investing $50 million in an upstart electric vehicle battery recycling company as the automaker moves to bolster its U.S. battery supply chain. (AP Photo/Gerry Broome)