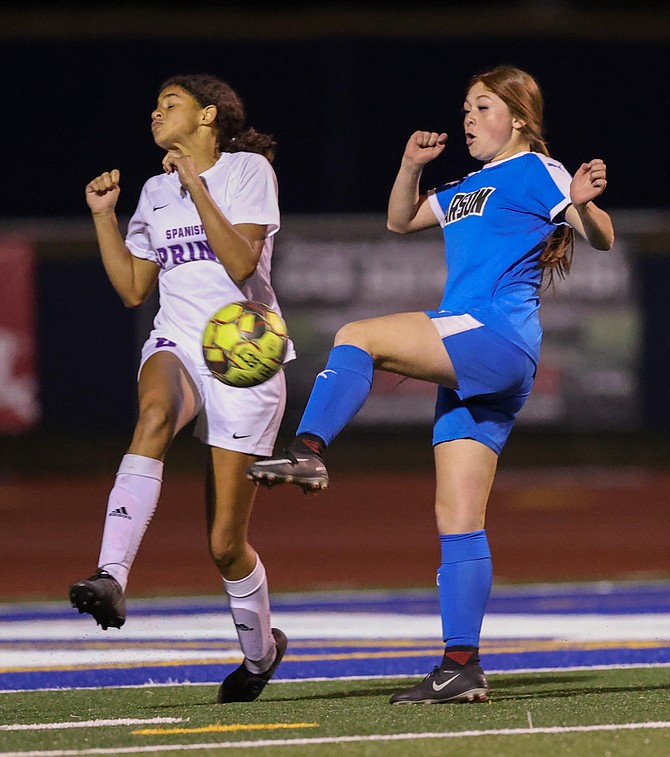 Carson High Forward Angie Cortes shoots for the only goal of the game between the Spanish Springs Cougars and the Carson High Senators Tuesday.
Jeff Mulvihill, Jr. | InstaImage