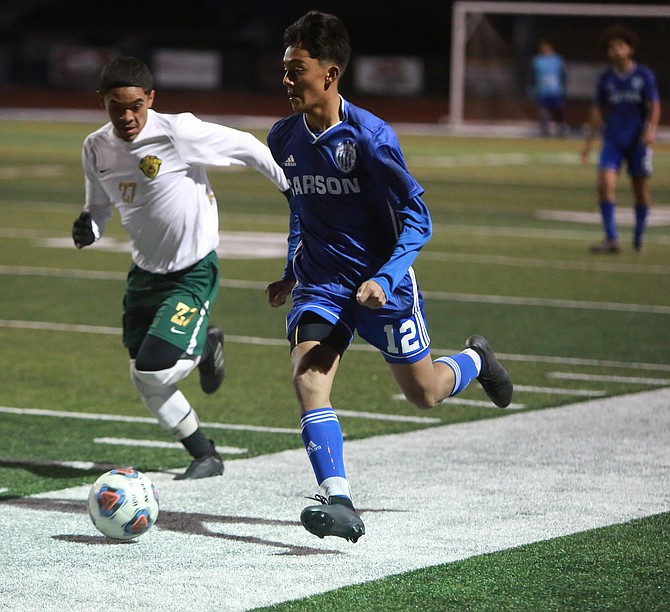 Josue Rivas (12) dribbles up the near sideline against Hug Wednesday night. Rivas had an assist in the Senators' 3-2 loss to undefeated Hug.
Photo by Carter Eckl.

Christopher Camacho with a header off a corner kick and just like that this contest is tied up. pic.twitter.com/kVBRbigL9w