Weather cools off for Churchill County 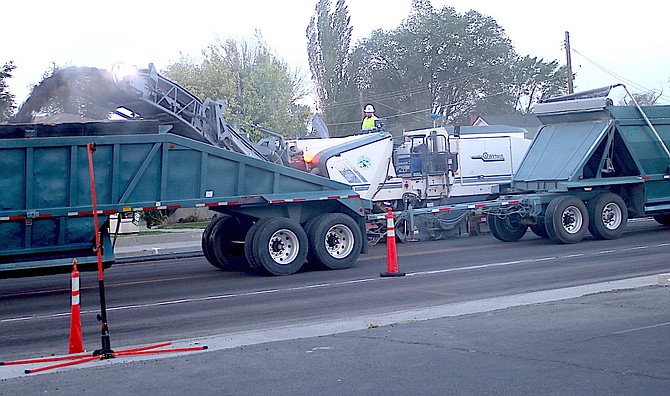 A construction crew works on improvements on U.S. Highway 50 (Williams Avenue) through Fallon on Sunday.