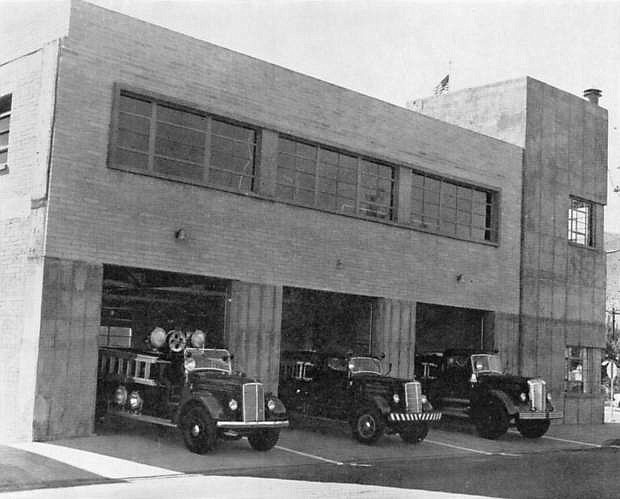 Advertisement: “Stolen. From the side walk in front of Wells Fargo office, a Mexican Saddle. Anyone returning the same to the subscriber will be well rewarded, and no questions asked. John D. Kersey.”

The Willis brothers, who are now traveling in the Holy Land, write home an interesting account of their experiences. They describe the people living near the Red Sea as very little advanced of the animals they ride. Mark Twain went to the Holy Land, and he attempted to ride one of the Palestine steeds and was advanced over the animal’s head 20 feet.

All sorts: Willie, the six-year-old son of Senator W. E. Sharon, died in Oakland of diphtheria.

Arlington Hotel in new hands: Mr. Brougher took control of the property and Bob Grimmons is seen behind the counter, and he is introducing new methods at the hotel – by getting a footing with employees, he raised them 25 per cent in wages, placed the rooms in a condition of second to none on the coast. When all the intended improvements are made, the Arlington will lead all hotels in the State.

Advertisement: “Carson Theatre: ‘My Favorite Blonde’ with Bob Hope and Madeleine Carroll. ‘Help! She’s after me! Is there a brunette in the house?’”

Resort business: A booming business took place in Las Vegas over the Thanksgiving holiday with 155,000 expected in the city for the holiday weekend — $72.3 million is expected to come into the city’s economy, exclusive of gambling.

Ice on the River. The Carson on the last week has been covered with a firm coating of ice at the Mexican Dam, and also at several wide places at Empire and the Brunswick. Skates were brought out from their hiding places and merry crowds of miscellaneous humanity are now to be seen curetting and waltzing on the rigid surface of the river.

Pure Milk. Mr. J.W. Duffy is now supplying Carson with something of a novelty, to whit — pure milk. He has the largest milk route in the city and his large patronage is due to the fact that he sells no swill fed milk and gives a good measure. The secret to his success in the milk business lies in giving honest measure and selling milk that cream will rise on in the morning. Duffy has hit it.

Last evening the Masonic order of this city entertained a full house. Invitations were issued to all of their friends in this city and when the hour arrived for their musical and recital every chair was filled, and standing room only was in demand.

Death of Mrs. Ida Bryant Mighels at her home in Carson City last night was a great shock to the lady’s relatives and many friends. Although she had been ailing a long time and her condition the past few days had been recognized as serious, the suddenness of her passing was a painful surprise. Mrs. Mighels had retired four years ago after managing the Appeal for six years.

Carson City Realtors and Nevadans were prominent at the 75th Annual Convention of the National Association of Realtors in San Francisco — the nation’s largest trade association with approximately 10,000 in attendance according to publicity chairman Muriel Batesel. Gene Milligan, president of the Nevada Board of Realtors, was honored as Realtor of the Year for Nevada.

One by one, Willow Bill called each of teacher Barb Martin’s pre-first-graders into the center of the circle to help assemble a willow reindeer to be displayed at the Capitol.

American Flat Tunnel. — Both parties engaged in timbering the American Flat Tunnel are making excellent progress. They are now only twenty-five feet apart. In a very few days we shall expect to hear of the stages being drawn off and travel resuming its accustomed channels. All of the arched portion of the tunnel is being sheathed with zinc, rendering the tunnel fire proof.—Territorial Enterprise.

The Transit To-Day. To-day is the day set for the transit of Venus across the face of the sun. As it will be the last affair of the kind for a couple of hundred or a thousand years, the astronomers have made great preparation to secure accurate observation.

Thursday at midnight the citizens of its city were aroused by the ringing of fire bells. Upon arriving at the place it was found that the Toupin saloon and other portions of the property were in a sheet of flame, and it seemed before water was used the entire block was doomed to destruction. It was by the prompt action of the efficient volunteer fire department that the rest of the block was saved.

The sale of Christmas Trees in Carson City will again be conducted by the Boy Scouts. The trees that will be offered for sale this season will be cut from land the U.S. Forest Service recently purchased along the King’s Canyon Road.

Heading into a major showdown, President Reagan lobbied members of congress for a request for funds for the controversial MX Missile.

Tis’ the season for charity in Carson City. With several places to give and receive, many organizations are getting involved this year. Staff members at the Nevada Department of Business and Industry executive, insurance and real estate divisions have adopted 142 home bound seniors for the holidays.

Trent Dolan is the son of Bill Dolan, who wrote this column for the Nevada Appeal from 1947 until his death in 2006.