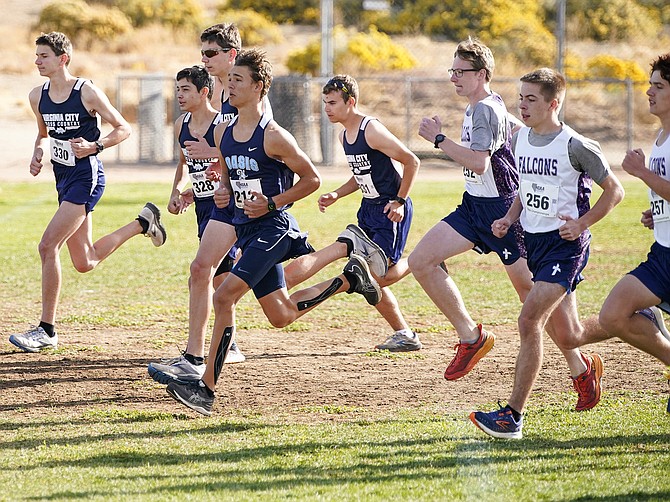 When he found out that he could not play football this season, Matthew Bird was crushed.

After playing in the Fallon Youth Football League, Bird was excited to play for the Greenwave this fall until he found out about a medical condition that has prevented him from playing high-contact sports.

He contemplated taking his freshman year off but instead pursued another sport.

Bird, who has run for long distances during his off time, joined Oasis Academy’s cross-country team this season and as a freshman, he became the school’s first boy runner on Saturday to punch his ticket to the 1A/2A state championship next week in Boulder City.

“I had nothing to do, and a few friends recommended it to me,” Bird said. “Coach Krista (Smith) talked to me a lot about it, and I just love to compete. My family is supportive about anything I do. Any sport I play, they’re always by my side.”

Bird, who is the second Oasis runner to qualify for state after Savannah Robinson became the first three years ago in the girls’ division, finished eighth overall in Saturday’s regional cross country meet at Shadow Mountain and Reed High School. The top-seven times outside of state-qualifying teams advanced to state, putting Bird in third position after running the 5,000-meter course in 19 minutes, 33 seconds.

“I could not be more proud of that kid. He has really worked his buns off to get where he’s at,” said Smith, who coaches the middle and high school programs. “I remember at our first week of practice and him saying that he was going to die when we were done. He didn’t die and he has excelled.” 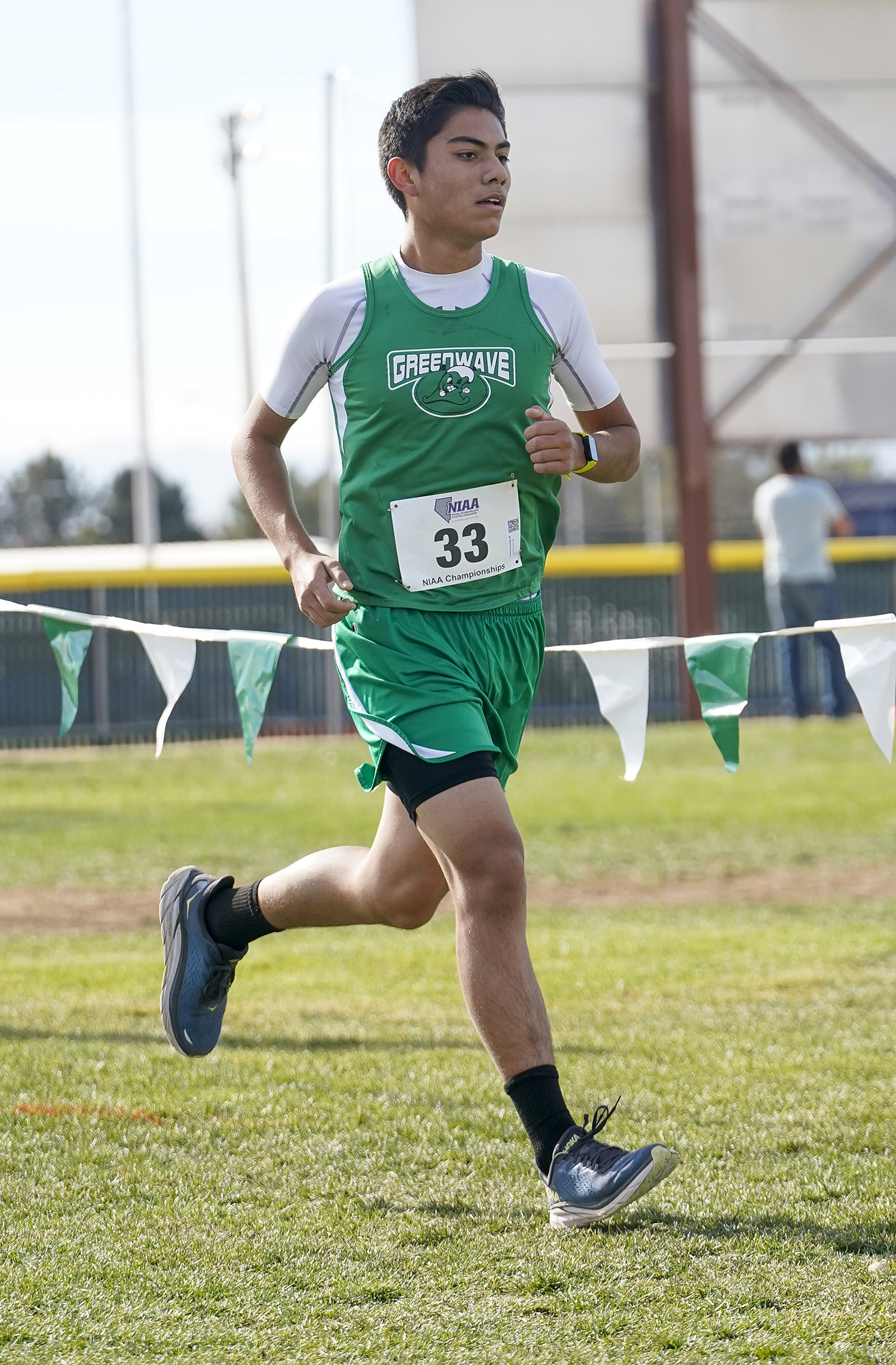 Fallon senior Cameron Christy runs his final cross-country race as he will look to carry momentum into his track season next spring.

Bird, who also plays basketball and baseball, was surprised how quickly success followed as his times improved each week.

“I’ve been running for years just for fun. I’ll go outside and just run for three miles,” he said. “It surprised me how far I could take myself.”

But Smith knew from the first day she saw him run that making it to state was possible this season.

“His potential has always been there,” she said. “Running is fun and I try to teach my athletes to embrace that. He really, really has and brought that into his training. Running is fun and he makes it fun. He works hard to make it fun. He’s determined to go all the way.”

For Bird, as he prepares for his final race of the season, he’s still taking it all in but is excited to see how the rest of his freshman year unfolds.

“I don’t feel like it’s sunk in all the way. I still feel like I can’t believe it’s all happening,” he said. “Baseball’s always been my first love and I cannot wait to start playing it.” 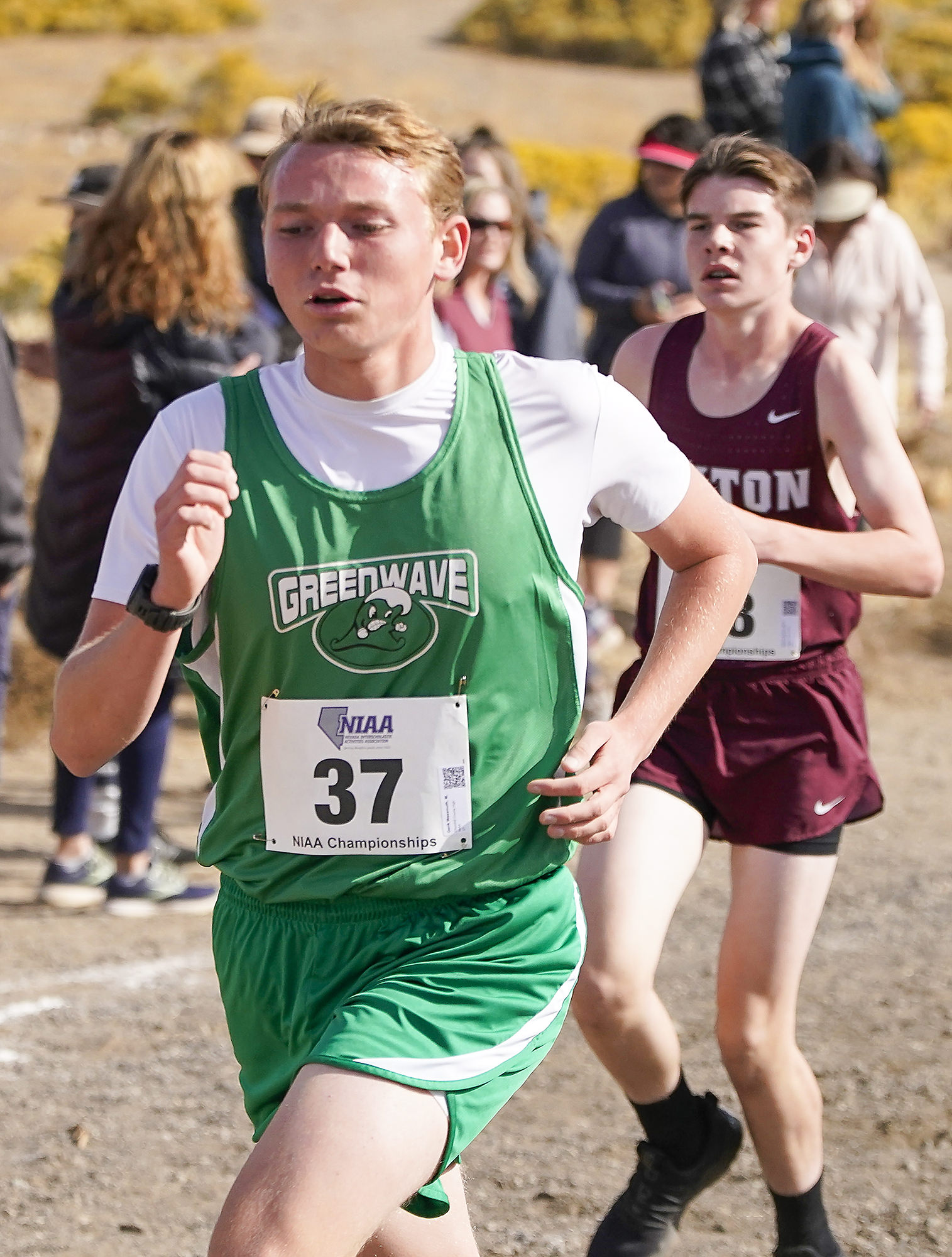 Although they didn’t advance to the state meet, Fallon seniors Gerik Wassmuth and Cameron Christy ran personal bests on the Shadow Mountain course.

“Both of our seniors PR’d on this course,” Fallon coach David Ernst said. “They both had respectable showings and were consistent with what else they’ve been doing this season. They worked hard all season and made some significant improvements.”

Wassmuth finished the race in 37th place with a time of 20:46 followed by Christy in 42nd at 21:22 to end their cross-country career as they both prepare for their final sports season in the spring. Wassmuth will compete on the swim team while Christy will look to finish on top during the track and field season.

“I just love how cross country pushes me to improve and it gives me a goal to constantly work on throughout the year,” Wassmuth said. “I’m going to miss that one extra person to pass and push myself. Cross country is mainly about keeping yourself emphatic and finding that extra stride of motivation. I love how it makes you push yourself harder than you would have ever thought was possible.”

For Christy, he enjoyed having a larger team this year after it was just him and Wassmuth for most of their career.

“The season was pretty great. I improved every year, especially this course with the last regional,” Christy said. “I’ll probably miss most the teammates and practicing with them. The teammates helped a lot since this year we had more.”

Also running for Fallon, Jacob Crane, Miles Henning and William McNeill either came close or improved upon their personal bests. Crane finished the race in 22:37 followed by Henning and McNeill each at 24:44.

“I don’t know if he PR’d but it was close. This is a significantly harder course he’s done in the past,” Ernst said of Crane, a sophomore. “Miles and William both dropped three to four minutes off their PR time. Their performance was absolutely stellar compared to what they’ve done this season. They really pulled it out of nowhere and had a great performance. I was really happy with everyone.”