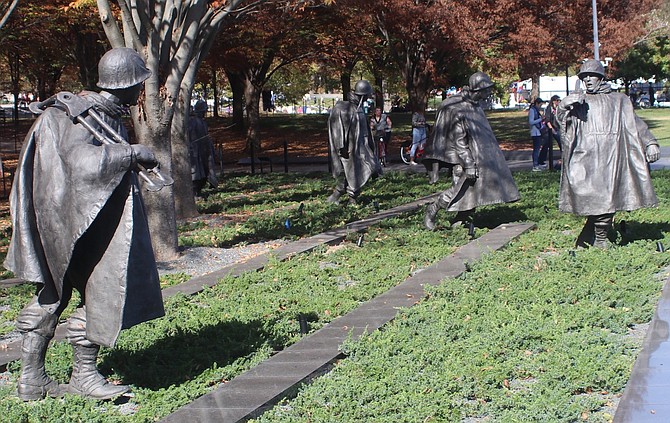 A guide offers a short history of the Korean War to Honor Flight Nevada veterans on Nov. 4, 2022, at the Washington, D.C. memorial

Honor Flight Nevada, Association of the United States Army General Westmoreland Chapter and Veterans of Foreign Wars Silver State Post 3396 are hosting on Nov. 23 the premier of “Devotion,” a film based on the book “Devotion: An Epic Story of Heroism, Friendship, and Sacrifice” by Adam Makos.

David Sousa, an adjutant in Nevada with the Veterans of Foreign Wars movie, said the movie is free to all Korean War veterans and guests. Seating will be first-come, first-served.

Sousa said on a prior Honor Flight Nevada trip to Washington, D.C., the veterans visited the Korean War Memorial, which recently added the names of the U.S. servicemen and women who were killed in what was first called a police action.

“One of our veterans wanted to find Jesse Brown,” Sousa said. “Then another said he served with Jesse Brown.”

From this visit to the Korean War Memorial, Sousa said the idea to attend the movie grew some traction with interest.

“I have 50 people who want to come,” Sousa said, “and those who can't attend said they will donate.”

Makos’ movie retells the comradeship between Brown and Tom Hudner, also a naval aviator, during the Korean War. Sousa has enlisted the support of other organizations and individuals seeking to invite Korean War veterans to attend the screening. He said there’s also room for veterans and guests. Currently, the plan is to present the Republic of South Korea-Korean War Ambassador for Peace Medal to all Korean War veterans prior to the showing of the movie.

If you or your organization is interested in helping sponsor the film, let the sponsors know. Call 775-544-8786 for information. 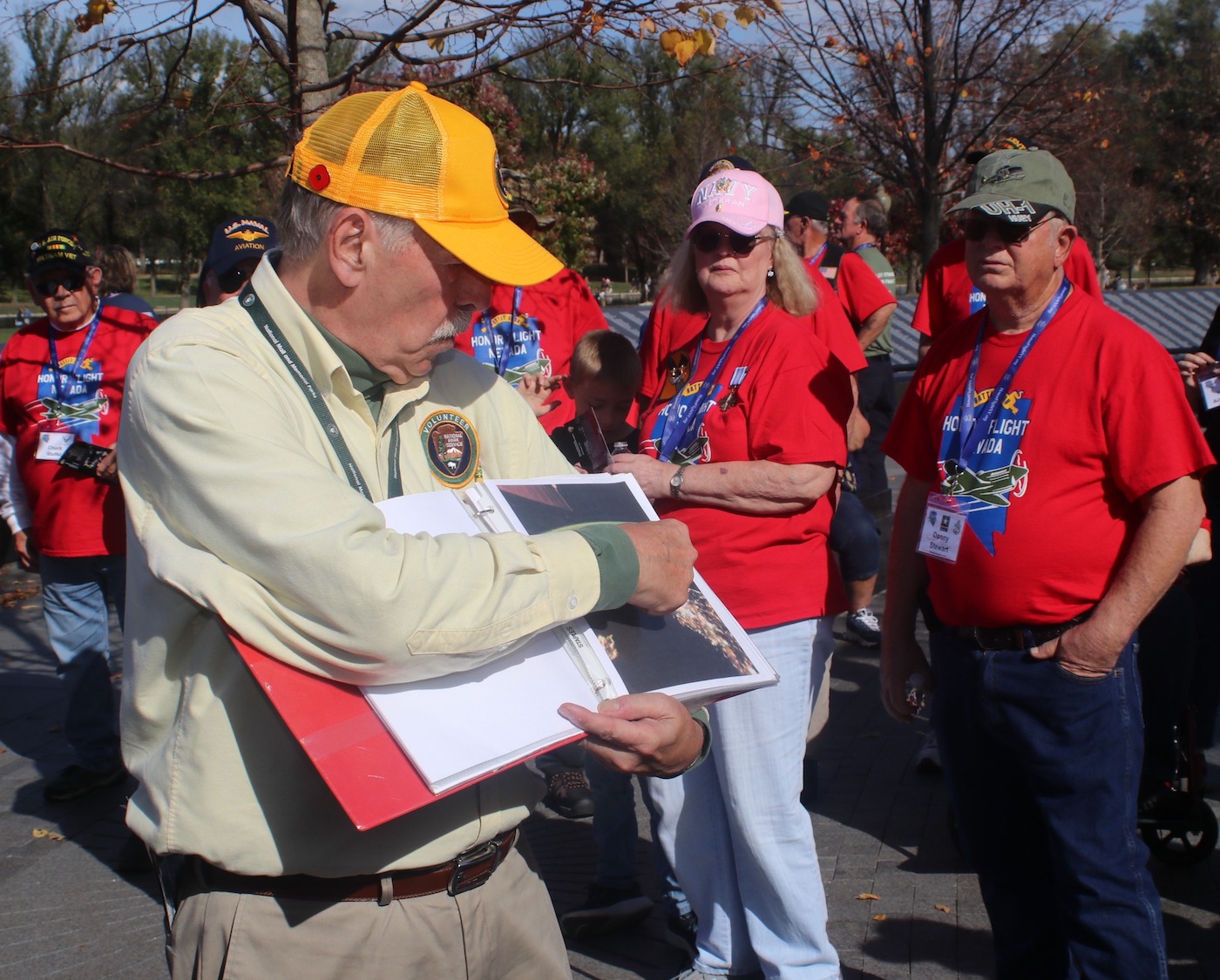 The Korean War Memorial in Washington, D.C., portrays one of the most realistic images of the war.