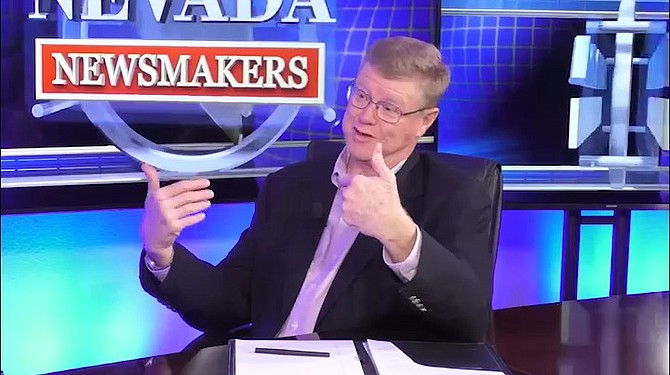 U.S. Rep. Mark Amodei, R-Nev., said he is looking forward to his potential committee assignments under a Republican-led House of Representatives.

Amodei said when he filed for reelection that a key reason for running again was that a decade of seniority in the House could qualify him for a possible subcommittee chairmanship in the Appropriations Committee. He said his plum choice would be to head the Interior subcommittee that deals with federal lands since 85 percent of Nevada land is controlled by the federal government.

But he said GOP rules and politics may get in the way as Minority Leader Kevin McCarthy, who is expected to become speaker, navigates the process.

Because of their power over appropriations legislation, the chairs of those 12 subcommittees are commonly known as the Cardinals.

Amodei said four of those chairs are “termed out” under GOP caucus rules that limit them to six years in charge of a committee. If they surrender their seats, he said that opens the door to him getting a position that could greatly help Nevada advance some of its priorities.

But he said he doubts McCarthy will be able to keep his word that he won’t grant them any waivers of the term limits rule.

“Kevin has said there are going to be no waivers,” he said.  “I think those waivers will be asked for and he’ll grant them because this is a good time to have the most experienced horses in there.”

In the past four years, he said a lot of Nevada issues have been “lagging” under Democratic control.

Going forward, he said if the Republicans want to win statewide races, they need to have a plan “for only losing Vegas by 30,000.”

“We need to do whatever we need to to bring a stop to this because they beat us like a red-headed stepchild,” he said.

Amodei has been Nevada’s 2nd Congressional District representative since 2011. He beat political newcomer Mercedes Krause with some 57 percent of the vote.