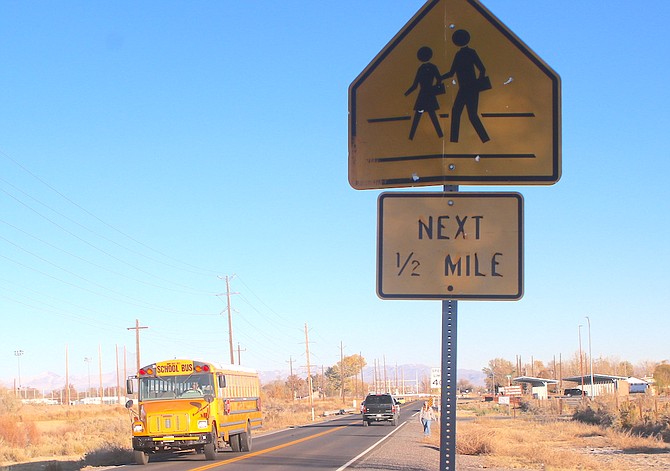 The Churchill County commission is sending a letter to the Nevada Department of Transportation requesting the school zone on Sheckler Road near the high school and Logos Christian Academy be extended.

The Churchill County commission approved the canvassing of votes for the 2022 general election at its second meeting of the month Nov. 16.

Commission Chairman Pete Olsen thanked Clerk/Treasurer Linda Rothery for her department’s hard work on the elections and said the county had a very smooth election process.

During both the primary and general elections, it was noted Churchill County was one of the first counties to complete its tabulation of votes to send to the Nevada Secretary of State’s office.

“Churchill County routinely always does a good job,” said Gary Smith, chairman of the Churchill County Republicans Central Committee. “The Clerk’s Office is well run, and there are no surprises.”

Rothery told commissioners she has a good staff.

• In other action, the commissioners abolished the Churchill County Health Board and approved an ordinance to establish the Central Nevada Health District, which includes the county, city of Fallon, Pershing and Mineral counties. The ordinance also amends the county code to name the Central Health District as the Rabies Control Authority. Currently, the Churchill County Sheriff’s Office serves as the rabies control authority.

According to the county, the ordinance will provide for the health and wellness for the residents of the three counties and the cities and/or towns located within each boundary.

Two of the founding members of the Central Nevada Health District must approve the ordinance, and the final approval rests with the state Board of Health.

• The commissioners also approved a request to send a letter to the Nevada Department of Transportation to extend the school zone speed limit on Sheckler Road for Logos Christian Academy in accordance to Nevada Revised Stature 484B.063. Currently, the school zone is marked for Churchill County High School on Sheckler Road in vicinity of the south entrance to the parking lot.