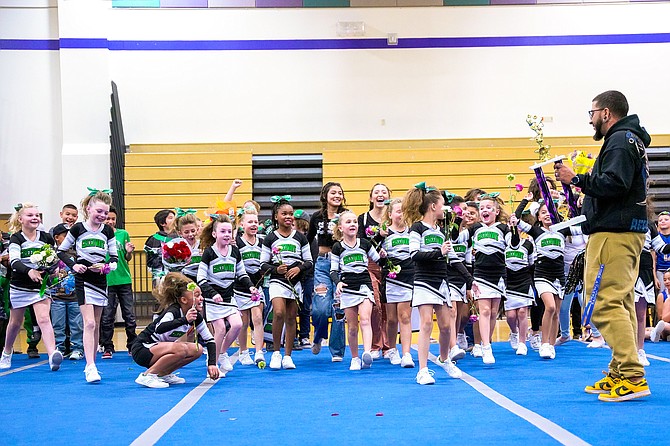 The Greenwave won the JV and Collegiate divisions with the latter, which includes eighth graders in their final year with the program, becoming the first FYFL group to win the championship in all seasons since they were in the Bandit division. The Fallon JV team defeated Reed and, like the Collegiate group, this Greenwave team has been perfect in title games. Fallon defeated Lassen to win the Collegiate title.

The Fallon Youth Football League placed in three divisions at the SYFL Cheer Competition at Spanish Springs High School with the Greenwave winning the Freshman division earlier this month.

Fallon took fourth in the Bandits division with 732 points after Lassen won with 796. Fallon was 29 points shy of medaling for third.