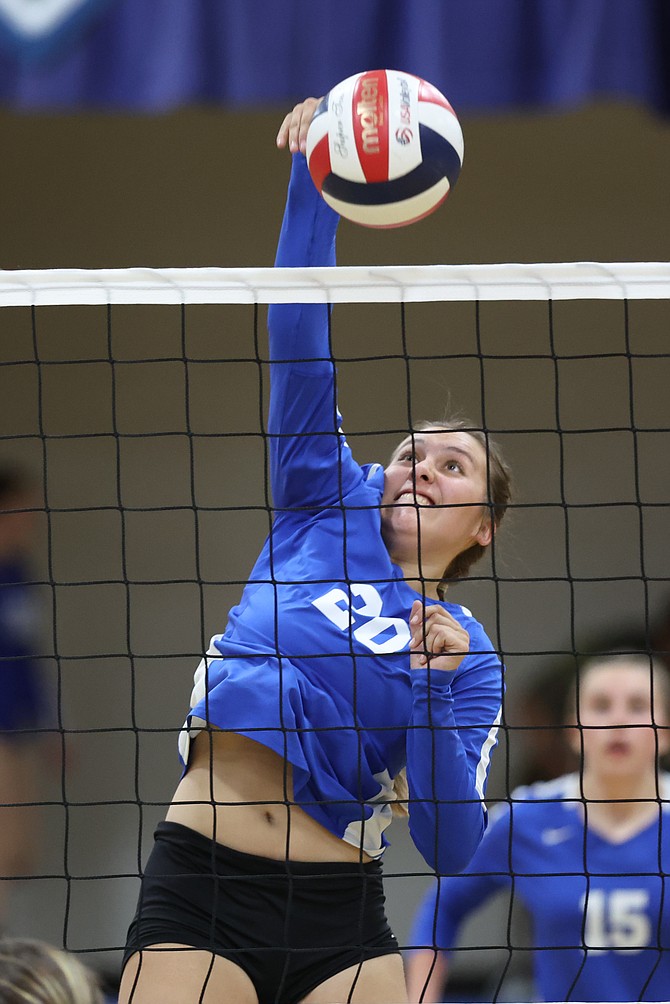 Carson High junior outside hitter Sarah Miller goes up for a kill against Galena in early October. Miller earned first team all-region honors in Class 5A for her play this past fall.

On top of that, Senator head coach Brittany Witter picked up Coach of the Year honors in her second year at the helm of Carson volleyball.

This fall, Carson High turned around a 15-win improvement with an overall record of 18-11.

Per MaxPreps, Miller led the Class 5A North in kills this fall with 226, averaging 2.6 putaways per set.

Miller had a team-high 71 blocks for the Senators, which was also the most in the north of statistics listed on MaxPreps.

Kolbe, a captain with the Tigers, served as the team’s setter but was multi-functional for Douglas.

Turner, a junior, had 162 kills for the Senators while being nearly as crucial as Miller on the block.

The 5-foot-11 middle had 50 blocks for Carson, which was second most on the squad.

Kolsch, the Senators’ senior setter, was a huge factor in the offensive game making strides for Carson.

The senior passed away 431 assists and had 133 digs over the fall slate.

Her single-game total of 33 assists was a season-high in the Senators’ 3-1 win over Douglas in late September.