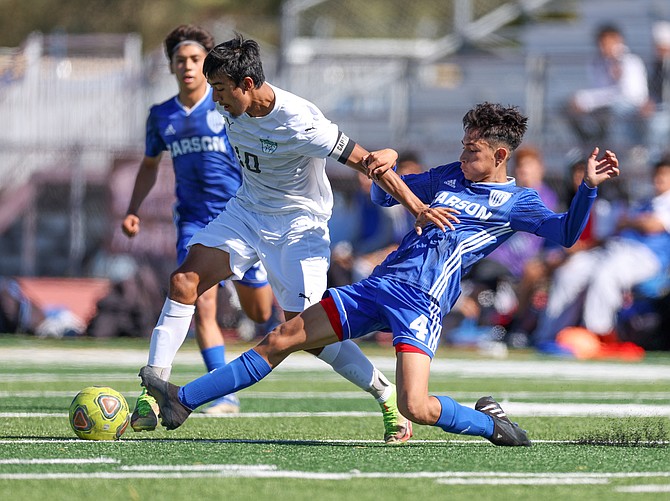 Carson High boys soccer had three of its athletes placed on the Class 5A all-region soccer teams released Tuesday afternoon.

Leading the way was junior defender Josue Gomez, who picked up the lone first team selection for Carson this year.

Gomez was steadfast in the back this fall and continually turned away chances, allowing the Senators to stay in games.

Josue Rivas and Kael Walt were also named to the all-region teams.

Both players earned honorable mention selections as Rivas capped his high school soccer career this fall as a senior.

Walt, a sophomore, is already showing that the Senators will have another piece to rely on in the back alongside Gomez next fall.