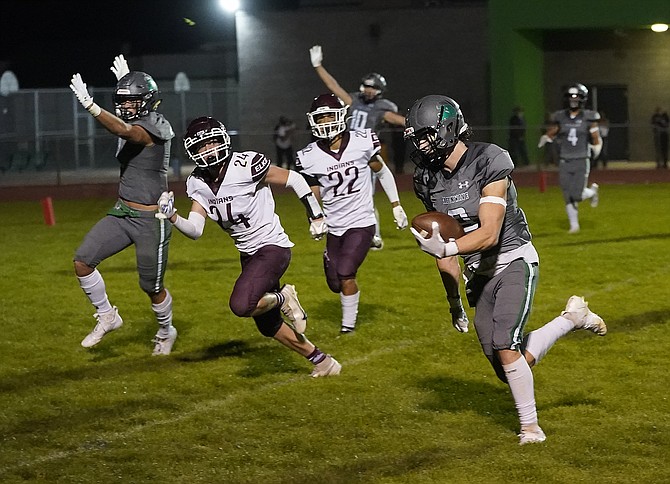 Fallon’s Steven Moon celebrates after his game-saving pass breakup on fourth down in the final contested play of the game to give the Greenwave a 7-6 win over Elko on Friday.
Photo by Thomas Ranson.