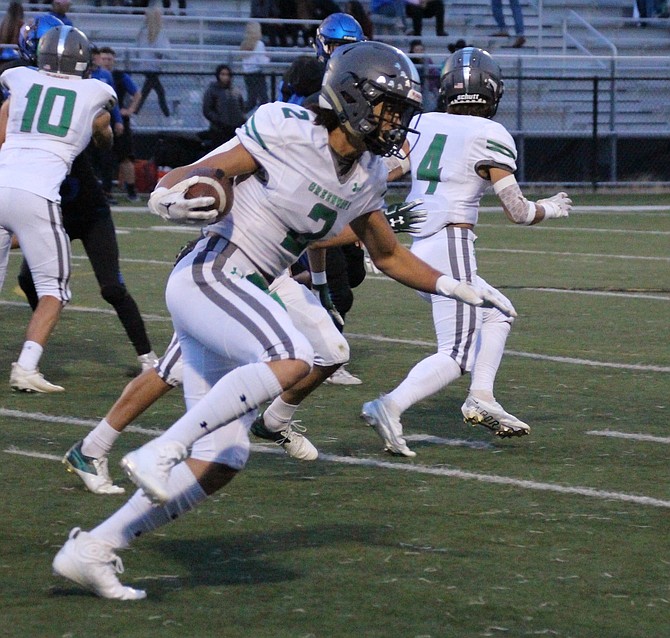 Fallon’s Steven Moon returned a kickoff for a touchdown and had one touchdown reception in the team’s 41-0 win over South Tahoe on Saturday.