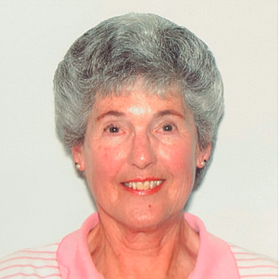 Barbara Jean Longero (Dofflemyre) passed away during the early morning hours of August 24, 2021. The matriarch of the Longero family, she was surrounded in her final days by her loving sons, daughters-in-law, grandchildren and great-grandchildren.

Known for her meticulous organizational skills and sharp wit, Barbara was fiercely protective of and loyal to those whom she loved. She loved her pet dogs and doted on them like children, from cocker spaniel Buster to shepherd mix, Ozzy, and finally, Shadow, her labradoodle.

She was born on November 28, 1936, in Santa Cruz, California, to Alice (Antonetti) and Ralph Dofflemyre. She moved with her parents to Nevada in 1945 and to Carson City in 1948. She attended Carson High School where she became friends with Ruth Longero, and fell in love and got married to Ruth’s older brother, Delbert Longero, on May 27, 1954. The couple had
two children, Ronald Delbert Longero (born in 1955) and Michael Lee Longero (born in 1957).

The couple was deeply involved in the Carson City community and Barbara worked for Carson Furniture and at her mother’s clothing store, The Lariat Shop, before retiring from the State of Nevada in 1992. Barbara was a dedicated caregiver to her late husband, Delbert, and later, her mother, Alice. She will be deeply missed by her family and friends.

Barbara was preceded in death by her parents, Ralph and Alice Antonetti, and her husband, Delbert Longero.

A private family funeral will be held in September. A reception for family, friends and others who would like to pay their respects to Barbara will be from 2-5 p.m. Wednesday, September 8, 2021, at The Carson City Plaza Hotel & Events Center.