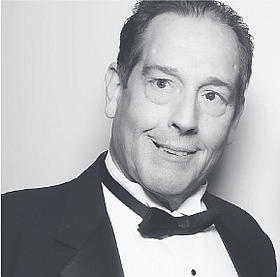 Carson City, NV: Brad Shepard passed away at 65 years old on Monday, August 30th after a long and courageous battle with a multitude of health issues.

Born in Pittsburgh, PA, and raised in Atherton, CA, Brad lived in Southern California as a young adult, where he met his wife, Laura, at a chamber of commerce. In 1999, Brad married Laura and shortly thereafter moved to Carson City, NV to raise two beautiful children: His son Brad (21) and daughter Sophia (17).

He worked for 3 years for the city of Sparks, and 12 years for the state of Nevada. He retired
last year, in 2020, to enjoy his time with family.

He is proceeded in death by his dad,Jack L Shepard of Atherton.

Brad is survived by his wife Laura, son Brad, daughter Sophia, mother Sonia Shepard McClellan, and brothers Roderick Shepard of Atherton, Christopher Shepard of Portola Valley, and David Shepard of Folsom, along with many nieces and nephews.

A memorial service in celebration of Brad’s life will be held on Saturday, September 25, 2021,
at 10 am at Walton’s Funeral Cremations-Chapel of the Valley in Carson City, NV.