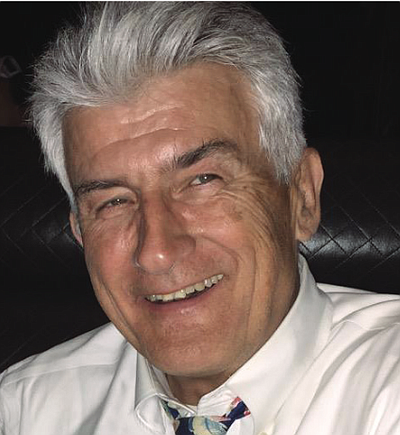 Our beloved brother, Patrick Shawn McAuliffe, 66, died on October 26, 2022 in Carson City, Nevada due to complications of Early-Onset Alzheimer’s disease. Pat passed away two weeks after our mother, Beth, passed away.

Pat was born in Longview, Washington on March 11,1956 where he spent his early childhood. In 1962, Patrick’s parents moved their family to Carson City where Pat attended St. Teresa’s School and graduated from Carson High School in 1974. A natural athlete, Pat participated in
football, leaving footprints which seemed unattainable for his younger brothers to fill, even though they tried! In 1973 he set a new mile record for the state meet in Las Vegas when he won the event in 4:27.7. He was recruited to attend Mesa Junior College in Mesa, Arizona for 2 years on a track scholarship.

Pat had a childhood fascination of flight and rockets, he built detailed balsa wood airplanes and fantastic high soaring model rockets. His love of flight led him to Arizona State University where he graduated in Civil Engineering in 1981. He immediately went to work for the next 10
years at the Lockheed Aeronautical Systems in Burbank, California as a Materials and Processes Development Engineer. Due to budget cuts he went to work briefly for Murdock, Inc. in Compton, California. Pat returned to Lockheed in 1993 and obtained his M.S. in
Materials Science at Cal State Northridge. He dedicated life and his career to the Lockheed
Skunk Works in Palmdale, California specializing in the areas of metallurgy and processing. He received great satisfaction from being involved with the creation of lighter materials to advance modern aircraft.

Pat was most at peace when fishing for salmon, standing on the banks of the Kenai River in Alaska. In years past, he loved gliding in Carson Valley, traveling to Europe, Ireland, Argentina and Japan, skiing in France and Switzerland, and hiking Mt Whitney several times. He dearly loved his brothers and sisters, his nieces and nephews, their children, and our extended family in Washington state.

He was predeceased by his parents, Richard and Beth McAuliffe.

Our family would like to thank all of the doctors and nurses at UCSF Memory and Aging Center in San Francisco, Dr. Robert Fliegler, Dr. Veronica Sutherland, and Eden Hospice. Most of all, we are forever grateful for the compassionate and loving care of Pat provided by
Whispering Heights Group Home in Carson City.

A private family service was held. A Celebration of Life will be held at a later date.