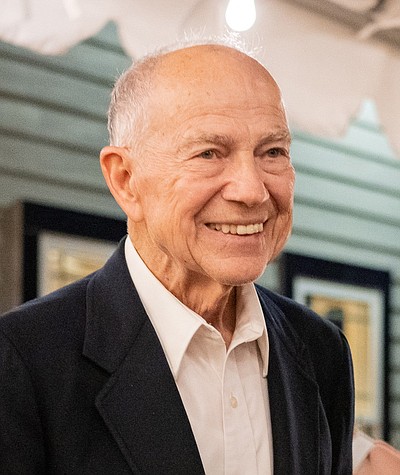 Walter E. Blizzard passed away at home in the company of his loving family on Tuesday, October 25, 2022, at the age of 86.

He was born in Indiana to parents Paul and Marjorie (Hunt) Blizzard. Walter grew up on the family farm with his brother Ed and sisters Margie, Jean, and Patty. He attended Wayne High School in Randolph County, Indiana, where he was a talented athlete, playing on the basketball and baseball teams.

Walter enlisted in the U.S. Air Force in 1958 and served until 1964, including active duty in Europe from 1961-62 to support the Berlin Airlift and related missions. While attending a high school basketball game in Union City, Indiana, he met Diane Sprouls, who was teaching music at the school. They married in 1962 and in 1966, welcomed their only child, daughter Paula Lenore Blizzard.

Walter, Diane and Paula moved to Spencerport, New York in 1968. Walter worked as a computer systems analyst for Eastman Kodak in nearby Rochester, New York for over 20 years. The family also enjoyed camping and spending time at their cabin in southern New York. When Walter and Diane retired, they ran an Abbott’s Ice Cream shop in Brockport, New York. They also traveled frequently around the world, especially enjoying time in France. In 1997, they moved to Gardnerville, Nevada to be closer to Paula and their grandchildren.

In addition to being a devoted husband and father, Walter was always handy and mechanically inclined. He immaculately restored a Model A Ford, which won multiple awards. He was active in Model A car clubs in New York and Nevada and he and Diane enjoyed participating in outings and events. He was an accomplished woodworker, who donated his services restoring antique furniture at the Fourth Ward School in Virginia City, Nevada and building benches for Heritage Park in Gardnerville, Nevada.

A memorial service will be held at a later date.