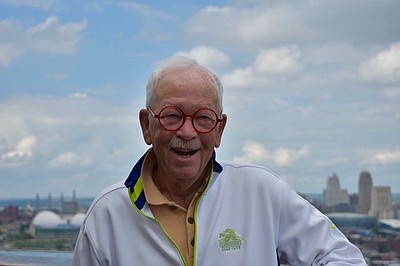 Donald Virgil Lindeman passed away peacefully on October 15, 2022, in Phoenix, surrounded by loved ones. He was born on December 31, 1938, to Virgil and Kathryn (Powell) Lindeman, where he joined his older sisters Jan and Marilyn. Although he was born in Pennsylvania, the family soon returned to Kansas City, MO, where Don grew up in the loving embrace of his mother, sisters, and extended family. While attending college at Emporia State College in Kansas, Don met Roberta Spurgeon. When Roberta graduated in 1960, she got a job in southern California and in December of that year, they wed. Don transferred to Long Beach State College and after graduation began a career in banking. In June of 1962, their daughter Tracie Kathryn was born.

Don and Roberta divorced in 1967, and Don relocated to northern California. After working as a stockbroker in San Francisco, Don became an avid skier and moved to Lake Tahoe to pursue his passion, where he began working in the trades, ending up as a journeyman carpenter. He married Rusty Johnson, and ultimately settled back in the East Bay in Alameda. After his second marriage ended, Don and Roberta reconnected in 1982. Don moved to Fallon, Nevada to be with Roberta, and they ended up remarrying. He began working for the Churchill County School District as a custodian. Because of his business experience and acumen, he was soon managing the warehouse, and was hired as assistant superintendent in charge of business and operations. He and Roberta both retired from the school district in 2003, and moved to Minden, NV, which allowed them to spend lots of time with their beloved grandchildren Callen and Camryn. It also served as a homebase for multiple travel adventures around the world.

Don loved music of all kinds, happily recounting the concerts he had seen, from Elvis Presley in 1956 to Guns and Roses in 1992, and beyond. He loved attending the opera and when Roberta had to travel frequently to New York City as a member of a non-profit board, he was happy to accompany her and avail himself of the opera and theatre performances and shopping opportunities. Known for his distinct sense of style, he was recognized everywhere he went by his red-framed glasses.

He was a voracious reader, and a keen follower of politics and current events. He loved watching all sports, but was an especially enthusiastic fan of Gonzaga basketball, the Phoenix Mercury, the San Francisco 49er’s, and the San Francisco Giants. An excellent golfer, he delighted in attending tournaments to watch Callen and Camryn compete for their high school golf teams. He was happiest on the golf course, and spent many hours golfing with friends and family, including son-in-law Steve Aten.

Donald is survived by his wife Roberta, daughter Tracie, grandchildren Callen Aten and Camryn Aten, sister Marilyn (Robert) Lager, niece Jenny Polek, nephews David Pinney, Todd Pinney, and Frank Polek, and former son-in-law Steve Aten. He was a dynamic presence in the lives of many and we will miss him every day.

In lieu of flowers, the family requests memorial donations to the Georgia Justice Project (gjp.org), one-n- ten (onenten.org), First Tee (firsttee.org) or any other charity that works to ensure equity, access, and rights for all.