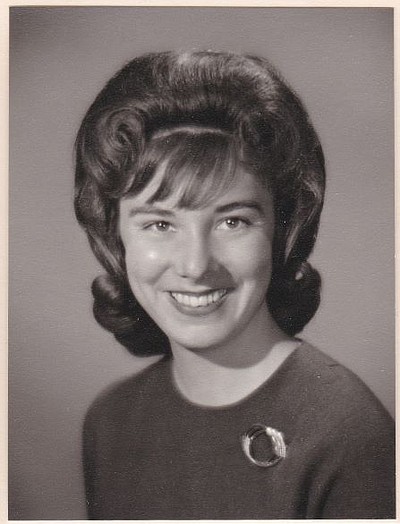 Dorothy Hessig Todd, 80, died October 21, 2022 at her home in Dayton, Nevada. Her death was due to complications after suffering a series of strokes. Dorothy was born on July 6, 1942 in Yreka, California. She was the daughter of Alice and Louis Hessig, longtime residents of Siskiyou County.

Dorothy graduated from Yreka High School in 1959. She attended Southern Oregon University in Ashland, Oregon where she majored in education and graduated in 1963. She went on to receive a Master’s Degree in education from SOU in 1967. In 1968 Dorothy married Gary Todd in Yreka, California. They remained married until Gary’s death in 1995.

Dorothy taught school at several places throughout her career including Bogus Elementary School, a one-room schoolhouse near Montague, California. Interestingly, Dorothy attended that same school when she was a young student. She had other teaching assignments in Yreka and later in Carson City, Nevada, when she relocated to Dayton, Nevada, after her marriage. In Carson City, Dorothy taught at several local schools and finished her career as an assistant superintendent of curriculum. Upon Dorothy’s retirement from teaching she mentored student teachers for several years.

Dorothy excelled at everything she did. She was an excellent horsewoman. She was Montague Jr. Rodeo Queen in 1956. She was also Klamath Basin Roundup Queen in 1958. In 1961 she was Montague Jr. Rodeo All- Around Champion beating out the boys as well as the girls to win the first trophy saddle to be awarded at the event. In 1964 Dorothy went on to be the California Cowboys Association Champion Barrel Racer.

Dorothy was active as a project leader in her son Gary’s 4-H Swine group. They called themselves the Dayton ShowBiz Pigs. Dorothy was active in Delta Kappa Gamma, a society for women educators. She was past president of the local chapter in Carson City and went on to serve as the state president. Dorothy was Carson City School District Teacher of the Year in 1981-1982. Dorothy’s hobbies included reading, walking, and watching the quail and wild horses that would roam the hills near her home.

A celebration of life will be held at a later date. Those who wish to remember Dorothy in a special way may make gifts in her memory to Lyon County 4-H 504 S. Main Street, Yerington, NV 89447 or Delta Kappa Gamma, www.dkg.org.