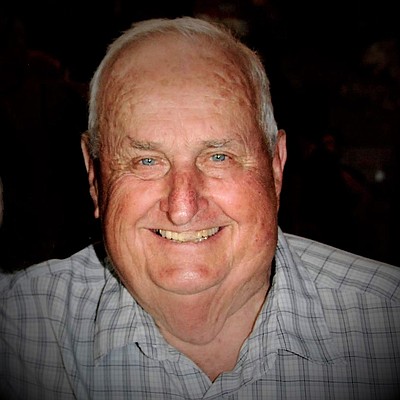 On November 2, 2022, Jean Pierre Izoco passed away at home in Gardnerville, Nevada in the
loving arms of his wife and family, after being diagnosed with stage IV lung cancer.

Jean Pierre was born July 6, 1940, at his family farm in Baigorri, France. He was the youngest
of five boys. His parents died young, so his oldest brother took over the family farm and filled
the role of father. At fourteen, he began a bread baking apprenticeship. All his money went
to the family and any days off he would work at the farm.

After 4 years of working at the bakery, Jean Pierre decided to follow his three older brothers and come to the United States to work as a sheepherder. On November 13, 1958, he arrived in Fresno, California and started herding sheep in Los Banos, California, Evanston, Wyoming and back to Madera and Los Banos California.

In 1962, Jean Pierre moved to Sonoma and began baking. He moved to San Francisco and worked for the Larraburu French Bakery for 13 years. Jean Pierre met Anita Zubillaga and married in 1970. They had three children Aline, Caroline, and Roger. He not only worked in the
bakery but also started a gardening business. In May 1976, the bakery went bankrupt, and he found work at Parisian bakery for 3 months.

In July 1976, Jean Pierre & Anita bought the Sierra Motel in Gardnerville, Nevada. They hoped this would provide stability and security. The children were five, four, and three, and the first few years were not easy. Jean Pierre worked in the sawmill at night, then would sleep before working at the motel. Jean Pierre and Anita did everything - cleaned rooms, did laundry, front desk, and maintenance. Jean Pierre enjoyed having sheep behind the motel, planted a garden and built a meat room to cure his meats. He loved to converse with customers. Jean Pierre and Anita raised their family and lived at the motel for 13 years, where they were open 24/7 until they bought their present home in 1989. For the first time, they hired managers for the motel and were able to supervise. In July 1985, Jean Pierre became a U.S. citizen.

After 29 years, they sold the motel to enjoy their family and live a more relaxed life. Jean
Pierre kept busy with his sheep, chickens, garden, and cured meats. He loved going to Borda’s Sheep Ranch to help. He was a founding member of the local Basque club. He loved to go fishing, hunting, and play mus. He loved watching the San Francisco Giants with his son-in-laws.

Jean Pierre is survived by his wife of 52 years, Anita, son Roger Izoco (Yusenka), daughters
Aline Elicagaray (Philip) and Caroline Chiramberro (Jean-Luc); two grandchildren, Marcel
Elicagaray and Mailen Chiramberro. He is preceded in death by his parents and four brothers.
Jean Pierre worked hard, loved his family deeply, and was always very generous and willing
to help. He was very direct and had no time for nonsense but had a smile and laugh that was
unforgettable. He built a great life for himself and for his family. Goian bego Jean Pierre.

Remembrances can be made to benefit the Basque dancers, Mendiko Euskaldun Club,
P.O. Box 2168, Gardnerville, NV 89410