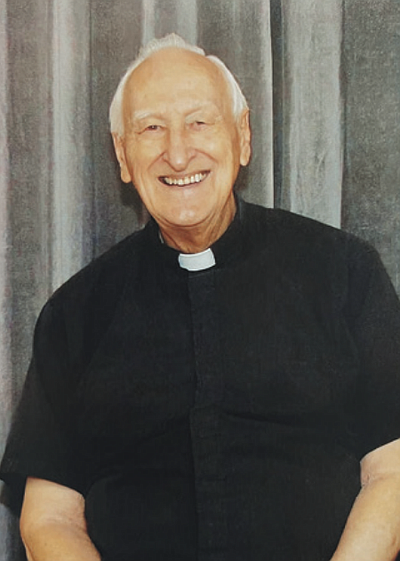 The Reverend Russell Howard Howen, formerly of Minden, Nevada passed away on Friday, October 21, 2022 at the age 90, in Fort Wayne, Indiana with family at his side. Born June 7, 1932 in Grand Forks, North Dakota to the late Howard George and Adela Anna (nee...Plantiko) Howen. A sister, Donna Marie (James) Dickson preceded him in death.

He was united in marriage to Miriam Anita Mikula on August 4, 1956 in Traverse City, Michigan. She departed this life on April 28, 1994. To that union, a daughter was born, Rebekah Sharlene. Later in life, he met Cecile Lorraine Michaud Desorcy of Huntington Beach,
California. They were united in marriage on December 29, 2001; she was called to eternal rest on November 10, 2021.

Preferred Memorials are to: Trinity Lutheran Church- Gardnerville, Nevada or to Sierra Lutheran High School 3601 Romans Rd, Carson City, Nevada 89705 Fond memories and expressions of sympathy may be shared at https://www.mccombandsons.com for the
Howen family.