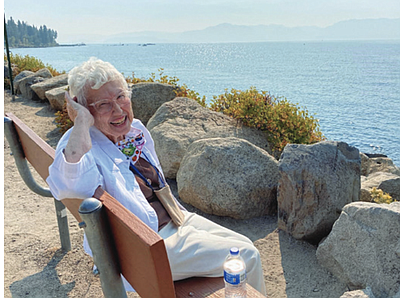 Joyce Pike – wife, mother, grandmother, and Great grandmother went to be with the Lord on October 31, 2022 at the age of 93.

After the death of her husband, Robert Pike, she spent her last several years in Gardnerville, Nevada. This new chapter of life brought her so much joy. She was active in both her church and her community.

Joyce was an artist, teacher, and author of oils and porcelain. She was the recipient of many art awards in the art world and is listed in the “World Who’s Who of Woman”.

Joyce is preceded in death by her husband, Robert, and son, Bob.

A service will not be held. In lieu of flowers, donations can be made to the following charities:
Pine Nut Wild Horse Advocates PO Box 2843, Gardnerville, NV 89410; wildhorseadvocates.org