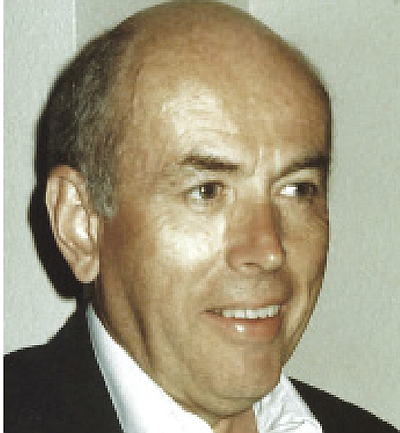 ohn (Jack) M. Watson, lifelong civic leader, passed off his torch of light on November 4, 2022, at the age of 89, to those who will carry on his heartfelt duty to community and philanthropy.

Known for his integrity and his honesty, Jack served on the Fairview Hospital Board of Trustees and Berkshire Health Systems Board of Trustees. In 2002 was named a recipient of the C Bernard and Irene Shea Community Service award. He was an Assesor and Auditor for many years in Great Barrington. Jack carried on the Watson Fund, established by his father in 1936, delivering food and clothing for over 30 years.

Jack served three times as Master of Cincinnatus Lodge A.F. & A. M. in Great Barrington and as a member of the Melha Shriners in Boston. Jack was President of the Great Barrington Rotary Club for two terms and treasurer for 20 years. Jack and his wife Barbara were very active in the US, Canadian and International Golfing Fellowship of Rotary, traveling the world each year to many venues. After both retiring, and living in Great Barrington over 70 years, Jack and his wife moved to Gardnerville, NV in 2004, to be near their two children. Our daughter found us a rental, so we could be there when our son built us a lovely home. Who could ask for more love than that!! Jack had been diagnosed with Polycystic Kidney Disease, and in 2007 was offered and received a kidney from John St Clair, a Rotary Golfing friend who resides with his wife Brenda in Idaho. More Love!! The Watson family is forever grateful to
John and his family, for the additional 15 years they were able to spend with Jack.

Jack was a brilliant and humble man who selflessly utilized his financial expertise to help charitable and community organizations thrive, throughout his lifetime. Jack was a man whose character, philanthropy, integrity, and work ethic will be greatly missed by many.

Jack leaves behind his brother Rev. Dr. Jed David Watson and his wife Bimi, his loving and dedicated wife of 68 years Barbara Laramee Watson, his daughter Lynn Ann Watson
and her husband Frank, his son Glenn Edward Watson, his granddaughter Milcah and her husband Mike and his great grandchildren, Miya Lynn and Silus LeFrancois.

In tribute to a wonderful civic leader, we ask all to reflect his honesty and integrity in business, while remembering to pay it forward as Jack did.

Memorial contributions may be made in Jack’s memory to The Watson Fund or Faiview Hospital.