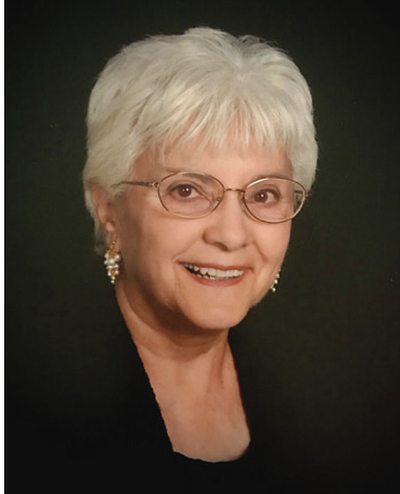 Helen Moreno, 86, died peacefully in her sleep on August 15th at her home beside her husband of 66 years, holding his hand, as was their lifelong habit.

Helen was born in the small logging town of Westwood, CA on October 12, 1936, along with her twin Edmundo, who only survived for a few hours. Her parents, Ascencion and Josephine Garcia, already had 3 children; 2 boys, Andrew and Ernesto and a daughter Susanna. In
October of 1940, her last two siblings were born, twins Oscar and Elvira.

Helen only stood 4’11”, but had a giant personality and an independent streak a mile wide. She moved to Reno, NV after high school upon winning a scholarship to cosmetology school while being a nanny for a local family. Her soon to be husband, Rudolf Moreno, was in the military, stationed at Stead AFB. Apparently, it was not love at first sight, for Helen anyway, but Rudy was smitten. The smile and glint in her eye while relaying this story hints that this may not be entirely true.

Rudy and Helen were married on September 1, 1956, in her hometown of Westwood, and made Reno their home until they moved to Carson City with their 3 children in 1967, where she remained until her death.

Helen was active in her church and played an active role on the Nevada Day Committee for many years,. She was an avid hiker and an accomplished fisherwoman, who routinely came home with the biggest fish. She was famous for her green thumb and could bring almost
any plant back to life. Her back yard was an oasis in the desert. Her Mexican food was legendary.

She was a loyal friend, loving parent, amazing wife, and quite the spitfire. Honest to a fault, she was direct with an intuition about people that was uncanny. Helen opened her heart and home to strangers and friends alike. She will be missed.

Funeral Services will be held at St, Teresa’s of Avila on October 12th. Rosary is at 9:30 AM, Mass at 10 AM. Interment and reception will follow