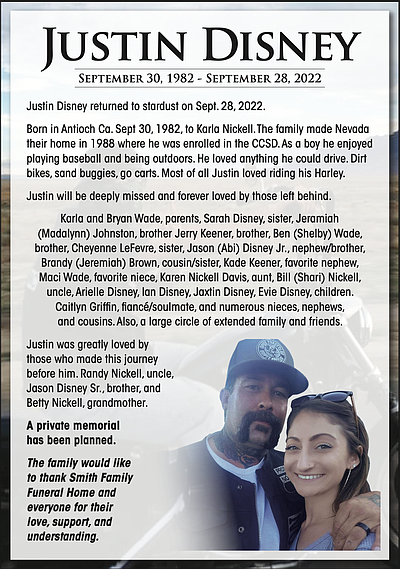 Born in Antioch Ca. Sept 30, 1982, to Karla Nickell.The family made Nevada their home in 1988 where he was enrolled in the CCSD.As a boy he enjoyed playing baseball and being outdoors. He loved anything he could drive. Dirt bikes, sand buggies, go carts. Most of all Justin loved riding his Harley.

A private memorial has been planned.

The family would like to thank Smith Family Funeral Home and everyone for their love, support, and understanding.