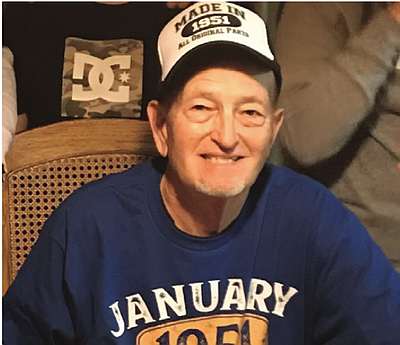 He was raised in Sparks, NV and graduated from Sparks High School in 1969. Mark then attended the University of Nevada and graduated with a Bachelor of Science in Civil Engineering in 1974. Later that year, he married the love of his life Connie Lynn Rogers.

Shortly after their wedding, they began their life together and he started his career in engineering in Northern California. In 1978, they relocated to Gardnerville, NV where they decided to start a family and raised their two daughters Kimberly Dawn and Jodi Lynn. Mark devoted many nights, weekends, and summers to both daughters’ softball careers and was very involved with various softball organizations within Northern Nevada. Mark worked Various public sector and private sector jobs as a Civil Engineer throughout his career and in 2003 he began a rewarding tenure with the Gardnerville Water Company as a Manager/ Engineer and retired in 2019. In 1988, he found an additional calling as a Volunteer Firefighter for East Fork Fire Protection District in Ruhenstroth at Station 10. Mark and the other
volunteers founded the department and built a sense of community while creating a fully functional fire station. Mark devoted 27 years as a Volunteer Firefighter where he retired as Assistant Chief for Station 10.

Preceeded in death by his parents John C. and Loriene M. (Fitzjerrell) Gonzales.

A Celebration of Life will be held on Saturday, November 12, 2022 at the East Fork Fire Station
in Ruhenstroth located at 2008 Pinto Circle, Gardnerville, NV 89410. Please join us from 12:00
PM to 2:00 PM for food and refreshments and then beginning at 2:00 PM there will be a toast followed by the sharing of all your fond memories. In lieu of flowers, please consider donating to the East Fork Fire Protection District.