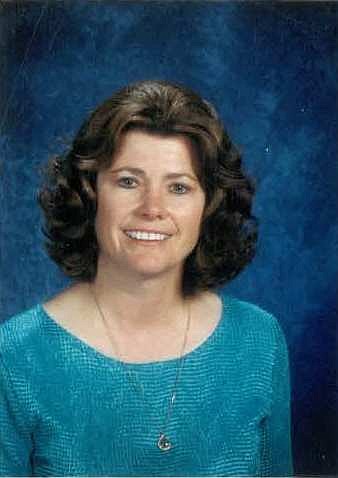 Barbara did “...go gentle into that good night... [unable to] rave at close of day [or to] rage against the dying of the light.” Dylan Thomas. Barbara passed from this world after suffering through a prolonged illness.

A long-term resident of Lake Tahoe, Barbara was a great lover of the outdoors. An avid hiker, she developed an educated interest in the various species of wildflowers of the Sierra Nevada. She loved biking and skiing and always had a ski pass until that became an impossibility for her.

Barbara touched everyone she encountered with light, love, and the joy of living that was uniquely her.

A loving wife and mother, grandmother, daughter, sister, aunt, and friend, she touched lives in a profound and lasting way. From the earliest years of her childhood in Germany to her years as a teacher at Douglas High School, she drew people to her and impacted lives.

Growing up in a military family, she was enriched by her travel and life in countries like Germany and Japan. An alumna of the University of Oklahoma, she earned a Bachelor Degree in English, a Master Degree in English, and had completed the course work but not her dissertation for a Doctorate in American Studies.

She brought her broad life and educational experience into her classroom, where she made history and literature come alive, from Civil War battle reenactments to scenes of the Salem Witch Trials. Her phenomenal creativity was an unsurpassable talent. She provided an enriched classroom experience for her students and always emphasized academic excellence. Her classroom was a welcoming safe haven for her students where she fostered an accepting, friendly, and mentoring environment.

Barbara is survived in love by her husband Thomas Doherty and her son Sean Doherty MD, and grandsons Connor Doherty and Alec Doherty. She is also survived by her mother Gretchen Sykes, brothers James Walter Sykes, Robert Sykes, Todd Sykes, and her sister Shirley Denesha, numerous nieces, nephews, and great nieces and nephews.

A celebration of Barbara’s life will be announced at a future date.

Mark Twain writes through the words of Adam sitting at Eve’s grave at the end of their Diaries, “Wheresoever she was, there was Eden.