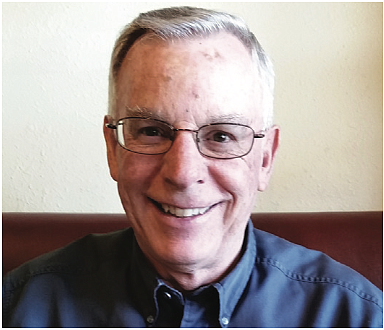 Former Carson City resident Paul William Stuke, 79, passed away September 2, 2022 at St George Regional Medical Center, St George, Utah. Paul spent his childhood years growing up in Gridley, California where his parents operated Stuke Nursery. Upon graduating from high school, Paul relocated to Nevada and during the course of his lifetime lived in almost every corner of the state.

Paul served in the National Guard and had the utmost respect for all branches of the military. He was a real patriot and had an unwavering love for this country. He also firmly believed that he was very fortunate to have lived in the “best of times!”

For many years Paul worked in the newspaper industry. He left that career for a new venture in graphic design as a graphic artist. Prior to his retirement he worked for Calculated Industries in Carson City, Nevada, designing packaging for hand held calculators.

In his spare time, Paul enjoyed doing yard work. His neighbors used to joke that he must be using scissors, to cut each blade of grass, as his lawns were always perfect. He loved the outdoors and enjoyed canoeing, biking, hiking and just sitting in a camp chair, shelling walnuts and drinking coffee. He thrived on mountain lakes and fresh pine air. One of his favorite places was Great Basin National Park for a picnic and hike to Stella Lake. He was a friend to wild animals, especially cottontail rabbits, and enjoyed sharing peanuts with the squirrels and chipmunks.

Paul was a man of his word. He was humble, loyal, a hard worker, a good friend and a wonderful father. His children brought him such joy and he was so very proud of them. He was also a very devoted husband who loved shopping with his wife, taking walks, and helping around the house in many ways. Day trips were big on his list, as well as exploring eateries that were off the beaten path; he truly enjoyed the simple pleasures in life. Paul touched many lives and those who knew him well, considered it an honor to have been his friend.

In his memory, “Be the things you loved most about the people who are gone.”