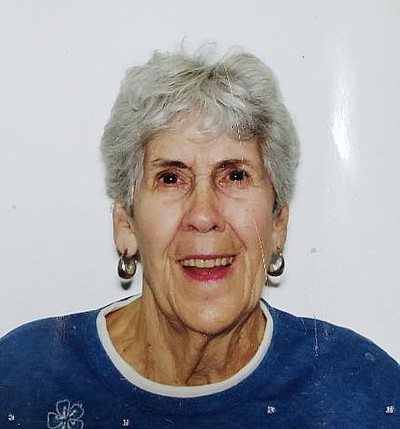 Lucie Middelton, 96, peacefully passed away in her residence at Carson Valley Senior Living in Gardnerville, Nevada on October 24, 2022. She was born on July 21,1926 in Dover N.H. to Azilda and Alfred Turgeon.

Lucie grew up in Dover, N.H. and moved to California in 1952 to marry Edward L Middelton. She lived most of her adult life in San Jose, California. Lucie worked as a nurse’s aide for many years at San Jose Hospital eventually moving to the physical therapy department which she loved. She was known for her friendly and outgoing personality and made many friends over the years. Lucie was an avid baker and was well known for her delicious desserts that she loved to share with others. She moved to Redding, CA in 2013 and then to Gardnerville, NV in 2018.

She was the caring mother of the late Michelle Middelton, Melissa Tucker (Robert) and grandmother to Sean (Leah), Monica (Mario) and Christopher (Jannell) and great-grandmother to Marcanthony, Madison, Jason, Nathan, Jonas and Owen.

Services will be held at Eastside Memorial Park in Minden, Nevada on Tuesday November 1, 2022 at 2:00 PM.

The family would especially like to thank those at Carson Valley Senior Living for the wonderful care she received during the last four years. We would also like to thank Kindred Hospice for their care and kindness in the last few months.